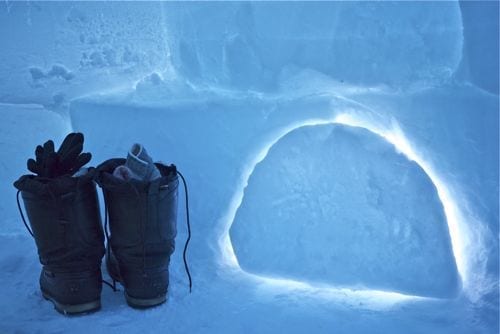 I spent six weeks in the Canadian Arctic on an Ice Base on the frozen Arctic Ocean at 78 degrees north (at the spot often referred to in polar races as ‘The North Pole’, though in fact it was the 1996 location of the magnetic North Pole). I was out there to work as the photographer and videographer for a scientific expedition which was analysing the Arctic Ocean to monitor the possible effects of ocean acidification. Have a look at some of the videos I made here.

Amongst the many experiments the team was running one was to gather samples of tiny marine animals (zooplankton) such as copepods in order to begin to assess whether increased CO2 levels in the atmosphere is leading to ocean acidification and, if so, what the implications may be for the marine food web. Here is the final blog post I wrote for the expedition website.

“This will be my final missive from the Ice Base. As I look out of my tent window I see tents being dismantled and gear being packed. Nero played his fiddle as Rome burned. I type one last blog post as I wait for my last video clip to be transferred down our very slow, satellite internet link.

The Science tent is already down. It seems to have left a deep hole, though in fact this is just the four feet of snow that has drifted up against it in the last seven weeks. Seven weeks of cold and wind and snow, though now spring has arrived and we bask in 24 hour sunlight and balmy temperatures of -10C. Boxes of science gear lie piled waiting for the aircraft, reminding me of the logistical and organisational difficulties of getting this project up and running.

Behind me Paul is hammering, drilling and -occasionally- swearing. His nemesis, the camp’s heaters, has struck one last time. He has to repair the heater as this tent is the one being used to store the scientists’ hard-won samples that must be stored above freezing temperatures.
Our strange world has become normal to me. I haven’t seen a tree in ages. I haven’t used money or chosen what to eat. I haven’t showered or watched TV. But I haven’t missed any of that either. All of us have been working hard, all day every day, since we arrived. Yet I haven’t heard cross words exchanged nor grumbling about wanting to go home. In the last day or two thoughts have turned towards fresh salads and socks, cold beers and hot baths, and getting back home to our families. But I suppose that is only natural.

This has been a very different expedition for me. I have never simultaneously been so remote and yet spending so many hours on my laptop trying to get the internet to work.

It has been interesting for me to be on an expedition whose aims are the gathering of new knowledge and the sharing of information with a wide audience. This has made the project feel like a really worthwhile one to be involved with, if only on a small scale. I look forward to seeing the scientists’ reports over the next few months. They have worked hard out here, making the most of their rare opportunity to work out on the sea ice during the interesting winter-spring transition period.

It is with sadness then that I will finish this piece, dismantle the Comms tent, and wait for the distant sound of the Twin Otter aeroplane that is coming to take us home, back to the world of trees and grass. So I tell you, if you have the desire for knowledge and the power to give it physical expression, go out and explore. Some will tell you that you are mad, and nearly all will say, “What is the use?” for we are a nation of shopkeepers, and no shopkeeper will look at research which does not promise him a financial return within a year. And so you will sledge nearly alone, but those with whom you sledge will not be shopkeepers: that is worth a good deal. And you will have your reward, so long as all you want is a copepod.”

No image found Arctic Expedition I have recently returned from a six week trip to the Canadian Arctic. I travelled with the Catlin Arctic Survey to their Ice Base on the frozen Arctic Ocean at 78 degrees north (at the spot often referred to in […]...
No image found Final Thoughts from the Arctic Our strange world has become normal to me....
No image found Arctic Isolation The frozen Arctic Ocean is one of the strangest places I have ever been....
No image found On Sunday night I am excited to go back to work on Monday morning – Living Adventurously 11 Jon Barton is the founder of Vertebrate Publishing. It sits at the very heart of British adventure writing and outdoor sports. Jon says that “we publish books to inspire adventure. It’s our rule that the only books we publish are […]...
No image found Inviting you on a Winter Microadventure It’s cold. It’s dark. I’m tired. I’m busy. I’ll do it later. It’s exciting. It’s memorable. I need a break. I’m always busy so it might as well be now. We can always look at things in two ways. As […]...
No image found Putting Restrictions in Place Enforces Creativity – Living Adventurously #5 Tommy Banks was the youngest chef in the world to be awarded a Michelin star. The Black Swan at Oldstead was rated the best restaurant in the world by TripAdvisor in 2017. As a connoisseur of banana sandwiches and dehydrated […]...