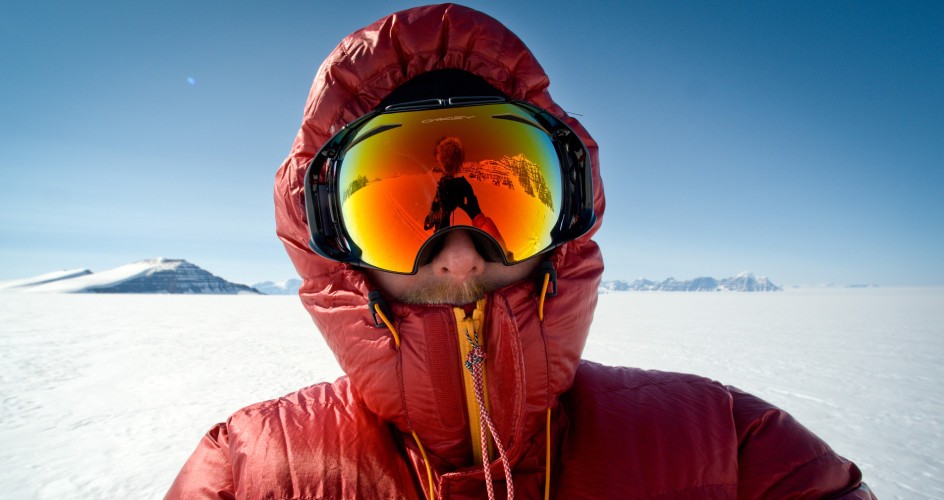 Polar journeys are not cheap. You certainly cannot do one for £1000. They are logistically daunting, too. You will need to overcome these two huge hurdles if you have a yearning for the big white world at the poles of our planet. But it’s good that there are barriers to entry, for polar Polar journeys – proper ones – are difficult and not suited for someone unwilling to rise to a challenge and to persevere.

I mention ‘proper’ polar Polar journeys for, unlike many other kinds of adventure, it’s possible to slightly con other people (and, perhaps, yourself) with what you’ve actually achieved with your polar Polar exploits. Here then, is a basic explanation to polar journeys, extracted from my new book, Grand Adventures.

The Geographic North Pole is the axis the world spins around, the top of the world, and, in adventuring terms, the purest spot to head for. There is no pole at the North Pole. Only your GPS knows that you have arrived. The North Pole is in the middle of the Arctic Ocean, so to travel there you are travelling on frozen sea ice. This makes travel extremely difficult. Gaps in the ice (‘leads’) need to be detoured around or crossed by jumping, swimming, or paddling on your sledge. Sea ice jumbles up into huge fields of ice rubble which have to be crossed. Ocean drift can carry you maddeningly off course. Polar bears are a hazard. The air is moist so kit gets wet and then freezes. The Arctic Ocean is a tough, tough environment to operate in.

The Magnetic North Pole is the spot that your compass points to. It’s a long way from the Geographic North Pole and is mostly of interest to adventurers because it’s easier to get to but you can still, if you don’t mind a bit of story-fudging, impress people that you’ve “been to the North Pole”. The location of this Pole pole moves from year to year. People still often enjoy going to the 1996 location of the North Magnetic North Pole because that’s really easy to get to (even I’ve been most of the way there). Disingenuous adventurers (and Jeremy Clarkson) sometimes claim to have got to the North Pole when they’ve visited this spot.

Down at the bottom of the world, Antarctica is where the penguins live. Penguins and polar bears only ever meet on Christmas cards. Antarctica is a continent, so the South Pole lies on land, albeit land crushed beneath a couple of miles of ancient ice.

The Geographic South Pole is at an altitude of 2700 metres, and Antarctica is the coldest, driest, windiest continent on Earth. Travel in Antarctica is generally easier than on the Arctic Ocean. There are some areas of crevasses, but much of a South Pole journey is up on the flat, featureless polar plateau. The Geographic South Pole, scene of the heroic and tragic tales of Amundsen and Scott, today houses the Amundsen-Scott Polar Research Base. This American monstrosity has turned the South Pole into a series of big warehouses. There is a pole at the Pole, with a gaudy brass shiny ball on top for you to pose for your picture with. There’s also ice cream, a cinema, and a gift shop.

Despoiled wilderness aside, a journey to the South Pole is made special by the great footsteps that you are walking in. There is also a Magnetic South Pole that you can head for, a Geomagnetic Pole (in the Southern Ocean) and a Pole of Inaccessibility (the spot right in the middle of Antarctica, for the Geographic South Pole is actually fortuitously close to the edge of the continent.)

Greenland is not a Pole at all, but it’s cold and quite similar so it’s a regular training ground for polar expeditions. It’s also a wonderful place in its own right, perfect for brilliant expeditions.

The way you travel to the Poles also has a significant bearing on its ranking of achievement:

Flying straight to the Pole

Congratulations! You are very rich. Your flight has helped contribute to the melting of the polar Polar ice caps. Proceed to the gift shop inside the South Pole Station.

Many people undertake paid journeys to walk the final degree of latitude to one of the Poles. The journey is about 60 miles and involves several days out on the ice, hauling your gear, and camping. For many people this is either their first polar Polar journey or the most they are able to commit to, limited perhaps by time, expertise or fitness. It’s a great trip to do and a really good achievement. Just resist the urge when you return home to omit details of flying most of the way to the Pole and to lead people to believe that you are the next Ranulph Fiennes! You’ve done something cool – no need to bullshit about it.

‘Full- length’ journeys to the Poles

Generally, and simplistically, this means, in the Arctic, travelling from land (Russia or Canada) to the North Pole. Global warming is making this impossible to achieve in some seasons. In Antarctica it means travelling from the sea to the Pole (as Scott / Amundsen had to do). But many people interpret it as walking from the Continental edge (where Antarctica would meet the sea if all of the ice somehow melted) to the Pole.

As you can see, this all begins to get rather convoluted and the potential for petty arguments about who achieved what is large.

So now let’s throw this into the mix: how you will choose to travel to the Pole?

Will you go solo or in a team? Will you have a paid guide? Does that differ from just having a really experienced team mate? Will you use kites to assist you when the wind is favourable? Or dogs (though they are not allowed in Antarctica)? Or skidoos? Or even a bloody tractor – for someone has driven one to the South Pole. (Is nothing sacred any more…?)

Will you haul all your gear and food for the whole trip, or will you arrange for a resupply flight of food along the way? Supported versus unsupported is fertile fodder for a polar pub argument.

Getting a resupply makes the journey easier, but it makes the fundraising harder, for a resupply flight will cost well upwards of £10,000 a time, even if the weather is too bad for the plane to actually land on the ice and make its delivery.

And if you walk the whole way to a Pole, hauling all your own food and gear, but then get a plane to pick you up and fly you home, should that count as unsupported? When Captain Scott got to the Pole he was but halfway home, and the hard times all lay ahead…

Let all this complication not put you off a polar Polar journey. If you can summon the money, if you can learn the skills to stay alive and to move through these hostile lands, then you are in rich adventure territory.

The books of journeys past are inspiring. The landscapes are awe-inspiring and spectacular. The low midnight sun, the lambent light, the warming glow of slurping a hot meal in your sleeping bag after a hard day’s work: these are memories and lessons that will live with you all your days.

I’ve spent time on the frozen Arctic Ocean and in Greenland and they are quite simply some of the best memories of my life. I spent five years planning, preparing and dreaming for a South Pole expedition that, in the end, I was unable to go on. It gnaws hard as an unfulfilled ambition. 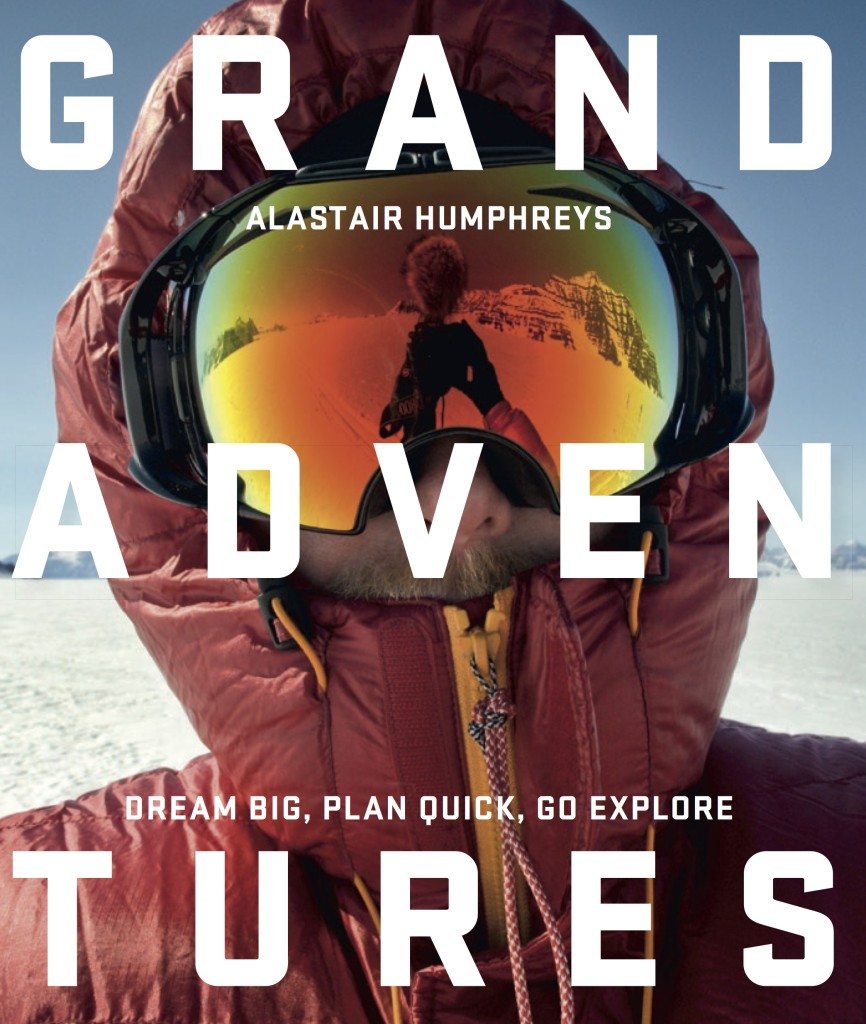 No image found The 'rules' of polar travel People often ask me about the so-called ‘rules’ of polar travel. What does the fact that our South Pole expedition will be ‘unsupported’ really mean? With the caveats that I don’t think expeditions and people should be judged ‘better’ or […]...
No image found In The Footsteps of Scott and Amundsen One of this season's most interesting polar projects is the Scott-Amundsen Race. ...
No image found A bit of a catch-up on our South Pole plans It’s been a while since I last wrote about our South Pole plans. Almost a whole year has gone by since Andy, Ben and I postponed SOUTH for a year. During that year the financial world has gone into meltdown. […]...
No image found On Sunday night I am excited to go back to work on Monday morning – Living Adventurously 11 Jon Barton is the founder of Vertebrate Publishing. It sits at the very heart of British adventure writing and outdoor sports. Jon says that “we publish books to inspire adventure. It’s our rule that the only books we publish are […]...
No image found Inviting you on a Winter Microadventure It’s cold. It’s dark. I’m tired. I’m busy. I’ll do it later. It’s exciting. It’s memorable. I need a break. I’m always busy so it might as well be now. We can always look at things in two ways. As […]...
No image found Putting Restrictions in Place Enforces Creativity – Living Adventurously #5 Tommy Banks was the youngest chef in the world to be awarded a Michelin star. The Black Swan at Oldstead was rated the best restaurant in the world by TripAdvisor in 2017. As a connoisseur of banana sandwiches and dehydrated […]...