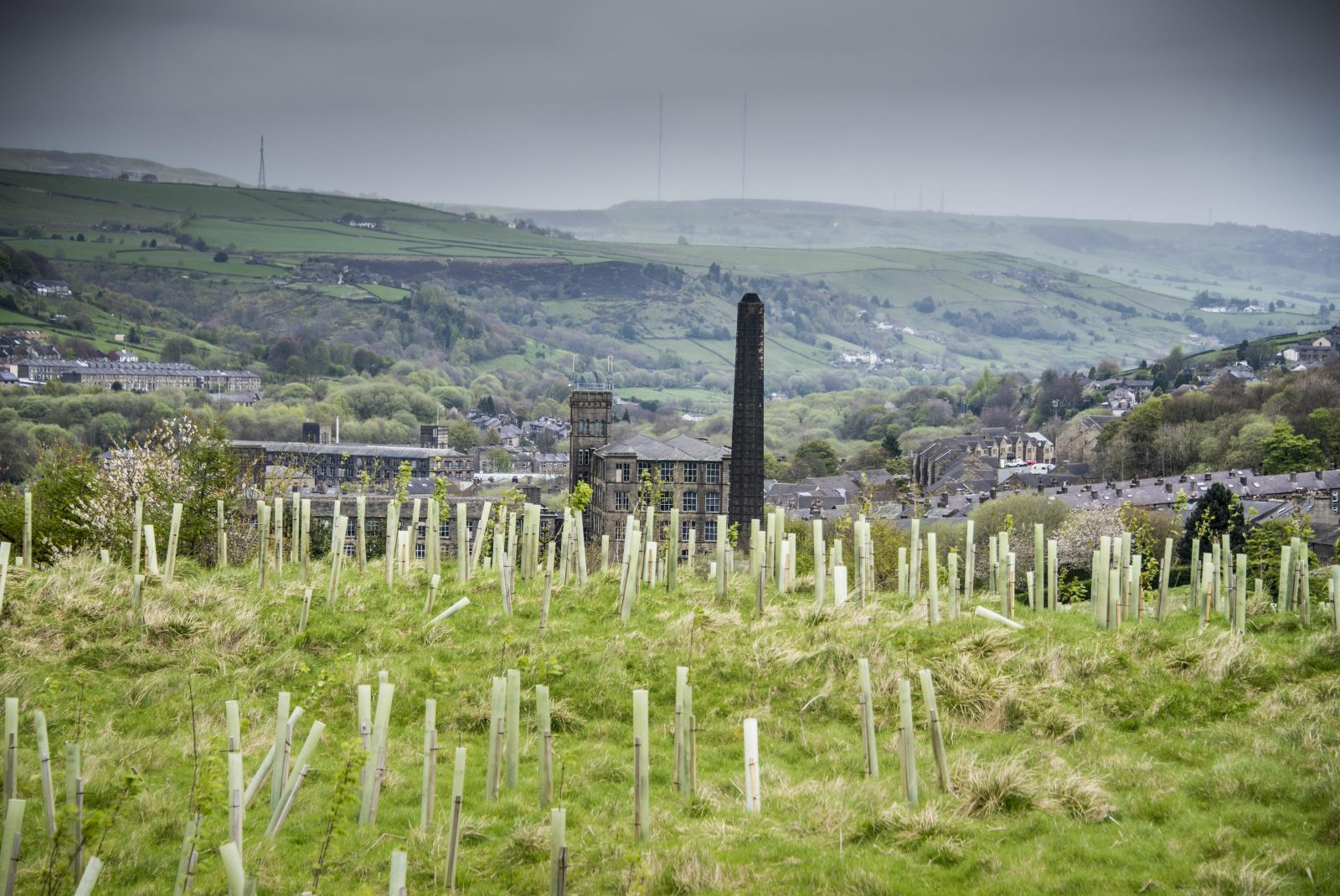 Action for tree planting has been sparked after conservation charity, the Woodland Trust, had to yet again call out the Government for failing to meet its annual tree planting commitments.

Because of this, the charity launched the UK’s largest mass tree planting campaign – urging the public to pick up their spades in a bid to tackle climate change.

The Big Climate Fightback aims to get more than a million people to pledge to plant a tree on the run up to a mass day of planting across the UK on 30th November 2019, with community groups, businesses and individuals all set to get involved.

The Bake Off’s Sandi Toksvig and TV presenter Clive Anderson are among the charity’s ambassadors lending their support to get people on board in pledging and planting.

But despite government commitments, just 1,420 hectares of woodland was created in 2018 against their aspirational target of 5,000 per year. This is despite its own Committee for Climate Change calling for dramatic increases to stand any chance of achieving net zero emissions by 2050.

Darren Moorcroft, Chief Executive at the Woodland Trust, said the campaign was in response to calls from the public to be given a practical way to tackle the UK’s tree planting crisis: “Most people are aware of the race against time in terms of climate change and planting trees being part of the solution – they absorb harmful CO2 and produce vital oxygen. But we are not planting anywhere near enough.

“The Big Climate Fightback is about inspiring people of all ages and backgrounds and providing the chance to take direct action – they have to simply go to our website and pledge to plant a tree, whether it’s in their back yard, neighbourhood, school or at a nearby planting event. It’s an easy way for people to do their individual bit for climate change as part of a mass movement.”

However, the charity is mindful of not confusing the message that trees are a ‘solve all’ to the climate crisis.

Darren continues:  “Established in 1972 we’re long standing advocates of the need for trees and this message is resonating with the public now more than ever before.  But we’re mindful too that the message of trees as a solution should not be confused as the sole answer to our climate crisis. As individuals we all need to do more, much more, to reduce our impact on the planet by cutting emissions and reducing pressure on resources.“

Sandi Toksvig, a television broadcaster, producer and writer urged people to pledge to plant. She said: “Climate change is a real threat and it affects us all. But there is the simplest of all solutions. It’s green and lovely – the humble tree. It eats CO2 for breakfast and makes all our lives better.

“And what’s more we can all do our bit to take action now and plant one. I will be pledging to plant a tree in the Woodland Trust’s Big Climate Fightback and I urge people to get off their sofas (when they’ve watched their recording of Bake Off of course) and plant a tree. It’s very simple and you could be one in a million.”

The charity is bidding to plant a tree for every person in the UK by 2025. All the trees provided by the Woodland Trust will be UK sourced and grown native broadleaf varieties such as oak, birch and hawthorn.

Clive Anderson, television and radio presenter and president of the Woodland Trust, said: “Global warming isn’t something that might happen sometime in the future: it’s happening already. And we need to do something about it.

“Because technology created the problem, it’s often argued humanity can look to technology to deal with the threat of climate change. Surely, we can design a clever bit of kit or build some sort of machine to remove CO2 from the atmosphere and store carbon out of harm’s way? Maybe, but of course that device already exists. It’s called a tree.

“Though to make a difference we need an awful lot of them– 1.5 billion trees, according to the Government’s Climate Change Committee, if we want to help the UK reach ‘net zero’ by 2050.

“So, let’s make this year the year we make a real difference. I’ll be doing my bit and I hope you’ll all be planting too.”

Ways you can get involved in the Big Climate Fightback:

No image found Global day of Action on Climate Change Today, December 6th, is the Global Day of Action on climate. It has occurred every year since 2005 at the time of the annual United Nations Talks on climate change. People from all around the world have come together on […]...
No image found March Tree Climb It is my third visit of the year to this fine old oak tree; a nice habit beginning to build. We are 65 days into 2019 already, and there’s still no sign of change here in the wood. I’m still […]...
No image found In Brief Odds and ends worth a quick look: The 13 year-old who has the world planting trees Interesting new perspective on mapping London – by popularity of surnames Cycling through Europe from Tallinn to Odessa. Five countries in five weeks The […]...
No image found On Sunday night I am excited to go back to work on Monday morning – Living Adventurously 11 Jon Barton is the founder of Vertebrate Publishing. It sits at the very heart of British adventure writing and outdoor sports. Jon says that “we publish books to inspire adventure. It’s our rule that the only books we publish are […]...
No image found Inviting you on a Winter Microadventure It’s cold. It’s dark. I’m tired. I’m busy. I’ll do it later. It’s exciting. It’s memorable. I need a break. I’m always busy so it might as well be now. We can always look at things in two ways. As […]...
No image found Putting Restrictions in Place Enforces Creativity – Living Adventurously #5 Tommy Banks was the youngest chef in the world to be awarded a Michelin star. The Black Swan at Oldstead was rated the best restaurant in the world by TripAdvisor in 2017. As a connoisseur of banana sandwiches and dehydrated […]...