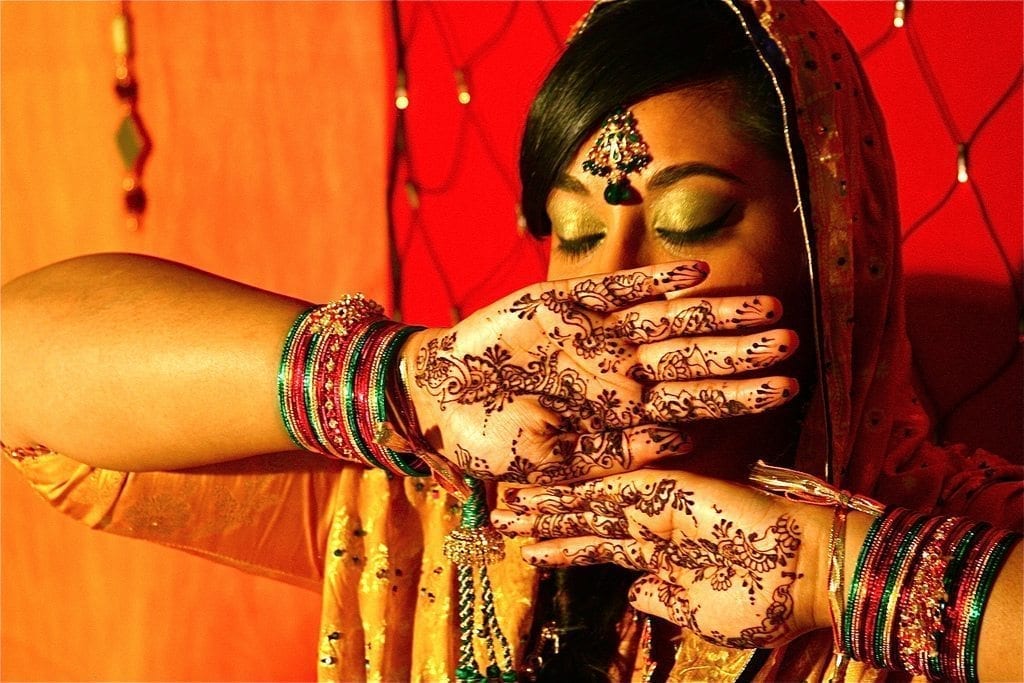 There Are Other Rivers, the book about this expedition, is on sale now.


The river Kaveri is one of the great holy rivers of India, revered by pilgrims for centuries. From its source amongst the coffee and cardamom plantations in the cool hills of the Western Ghats, the river flows 500 miles across southern India towards the hot plains of Tamil Nadu and the Bay of Bengal.

I decided to walk from one coast of India to the other, following the river Kaveri from the coast all the way up to its source, then dropping down through the mountains to the Arabian Sea.

I travelled light, carrying only a small pack, sleeping under the stars and cooking on campfires, or staying in small villages. It was a physical challenge, a cultural education, and an old-fashioned adventure.

View photos from the walk here, or read the account below which I wrote for OE magazine. Much more to come from this expedition including a book…

A Short Walk through India

I had never heard of the Kaveri River until I decided to walk across India. I could only squeeze a 6-week trip into my calendar so I cast my eye southwards down India’s triangular shape until I reached a latitude I reckoned I could get across in the time available. And that is how I spotted the holiest of southern India’s rivers. This was starting to sound like an adventure: I would walk from the mouth of the Kaveri on the east shore of India to its source in the mountains, and then drop down from there to the sea on the other side.

And that was it. I deliberately chose to do no more planning or research than that. I flew to Chennai, asked someone which bus I needed to take to get down to the mouth of the Kaveri, and I began walking. Adventure is a state of mind. It is an attitude. I wanted an adventure, a journey, a challenge, not a holiday. By doing no research every day would be novel, unexpected and exciting. Every day I would need to seek out food and water, somewhere to sleep. I was travelling light too. Carrying your bag for 600 miles encourages you to pack light. But I also wanted to be travelling light as part of my quest for a simple, pure, uncluttered experience.

I climbed down from the bus in the village of Poompuhar. My first thought was how hot it was. And that I had to walk a lot of miles through this heat. Ahead of me, at the end of the village I saw the shining gleam of the Bay of Bengal. Nerves and excitement rose inside me. I hoiked my pack onto my back, walked down the hot, quiet lane and onto the beach. To my right I saw the Kaveri river meeting the waves of the ocean. It was also my first meeting with ‘my’ river. What had just been a word to me -Kaveri- was now real. My journey had begun.

I walked down the beach to the riverbank. Beneath my sunhat and sunglasses my head pounded in the morning heat. The waves rolled gently up the beach and the air smelled of the sea. My feet slipped as I walked through the soft sand. I ran my hands through the murky, still river water and watched a family bathing in the river. The mouth of this sacred river is a pilgrimage site for Hindus. The father muttered prayers to himself as he dunked his small, shining baby several times beneath the water.

I was nervous now. I was daunted about trying to walk across India, particularly as I had no idea of what lay in store for me. I didn’t even know where I would sleep that night. There was only one solution to this nervous inertia: begin. I started to walk.

By the end of the first day I felt so much better. Sure, my feet hurt, my head was thumping, I hadn’t found anywhere to camp under my mosquito net and had ended up in a £2 hotel instead, and I was weary and sweat-crusted after only twenty miles. But the journey was now real. I was on my way.

Along the road that parallelled the river were palm-roofed villages in a rich green landscape. Simple concrete stalls sold old biscuits, warm fizzy drinks, soap and a few household goods. Cyclists rode past selling other things, calling out as they rode. Their bikes were piled high with pots and pans, towels and newspapers. I saw kingfishers, parrots, minah birds and kits circled high above. India was becoming real to me. One village was holding a funeral and so I walked past what was the first of virtually daily religious events and festivals. The road from the house to the burial site beneath three vast, gnarled trees was completely blanketed with yellow, orange and pink flowers.

After a few days I was beginning to find my rhythm. I ate tiny, sweet bananas as I walked and filled my water bottles from the village pumps I passed. My feet stopped hurting. I woke ever earlier to make the most of the cool fresh first hours of the day. The busy landscape of the flat Kaveri delta meant that there was little opportunity for the wild camping I enjoy, yet it also meant there were regular cafes for me to eat at. I learned that the meals -thali- that I ate each day with my hands from broad, shiny banana leaves were all-you-can-eat feasts, though in the 40 degree heat I found it difficult to eat as many calories as I required.

With over a billion people in India I was rarely without company. Every day people wanted to talk to me, to find out about this strange Englishman walking briefly through their lives. Where are you from? What is your name? Why don’t you take a bus? Do you know Freddy Flintoff? Every day I saw children playing cricket in the fields, a wicket scratched out on a patch of flat earth or in a fallow paddy field. Their delight at my stopping to join in never failed to revive flagging spirits and weary shoulders. “OK, England against India!” I would challenge them, as the boys squabbled over who would bowl at me first.

A regular venue for a chat was at the village chai stall. Indians love tea and I rarely passed up the excuse for a 10-minute sit down in the shade to watch the flamboyant mixing of tea, sugar and boiled milk, poured from jug to jug at arms length, the stream of hot tea flowing from on high down to be caught low with never a drop being spilled. Holding the too-hot glasses delicately round the rim, the customers at the stall would pause from their newspaper reading and gossiping to quiz me about my journey, my life in England, my family and my opinions of India.

One morning, approaching Tiruchirapalli, famous for its temples, I spotted an elephant walking towards me down the busy street. Thrilled at this sight I quickly got myself in position to take a photograph as it lumbered by. Unfortunately the driver of the elephant, perched on high, spotted my intentions and took exception. Shouting angrily at me he marched his beast towards where I sat on the pavement. He directed the elephant to bang me on the head with its trunk, gently at first then with increasing force as I yelled my increasingly fearful apologies! More relaxing then was my next sighting of an elephant – a family of wild ones this time – as they drank at a river in the forests of Karnataka.

Besides the famous, spectacular temples of ‘Trichy’, I enjoyed the small temples in all the villages. The central courtyards, their flagstone floors cool in the shade were an oasis of calm peace for me, a break from the constant noise and bustle of the towns outside. Religion played such a dominant role in the life of the region I was walking through, with the hooting buses and Ambassador taxis decorated with favourite gods (often Ganesh the smiling elephant or Lakshmi, the goddess of wealth and beauty) and roadside shrines depicting lurid and wild depictions from Hindu legend. Walking through villages at dawn I would smile and wave at women who were decorating their doorsteps with kolam, geometric patterns of rice flour that are redrawn daily in order to bestow prosperity on the home.

I encountered a festival or ceremony or marriage party almost every day during my walk. Flowers are scattered everywhere, garlands of marigolds thrown round necks, girls with sweet-smelling white jasmine flowers tied into their shining black hair. Music playing, always music, with men thumping drums enthusiastically to the rhythm of the excited skirling of pipes. People clapping and dancing, smiling and chatting with their friends. I rarely understood what was happening, except for the countless weddings, but I enjoyed the dancing of men dressed as gods, the earnest belief in the ceremonies and rituals, and the carnival atmospheres.

One afternoon I arrived in a small town and found somewhere to sleep. As always my first priority -for everyone else’s sake as well as for my own- was to wash. A delicious cooling of a bucket shower and a brief respite from the heat. After the bucket dousing, and after I had eaten the usual dinner of rice with little piles of spiced vegetables and chutneys, I was lying on my bed writing my diary. Suddenly there was a terrific boom outside my room as an enormous firework display began. Grabbing my camera and rushing out into the street I found myself in a wild, noisy festival. Nobody I had met had felt that it merited pointing out to me that that evening the town would be full of singing people, all dancing with a clay pot of burning wood on their heads, nor that men would be suspended by meat hooks through their back, nor that the centrepiece figure of the festival would be a broad, bearded man walking with a 12-foot metal spike rammed through his cheeks as kids danced and laughed around him. It was just another festival.

After five weeks my salt-crusted shirt was bleached pale and my weight had dropped so that my rucsac’s waistband no longer pulled tight. I had lost weight but gained so many memories. I reached the source of the Kaveri river, the temple of Talakaveri. High in the misty hills of the western ghats I watched the orange-clad priest blessing pilgrims with water drawn from the small, cool well floating with red hibiscus flowers. The water that was beginning its journey along the route I had just walked, past the temples I had rested in, nurturing the paddy fields I had slept in and on down to the sea at Poompuhar where I had dipped my toe and nervously begun to walk. I too gave thanks to the river, for guiding me through so many new experiences and encounters, and for reminding me that adventure is a state of mind, something that can be found anywhere if only you are willing to look, and to take a walk to find it.