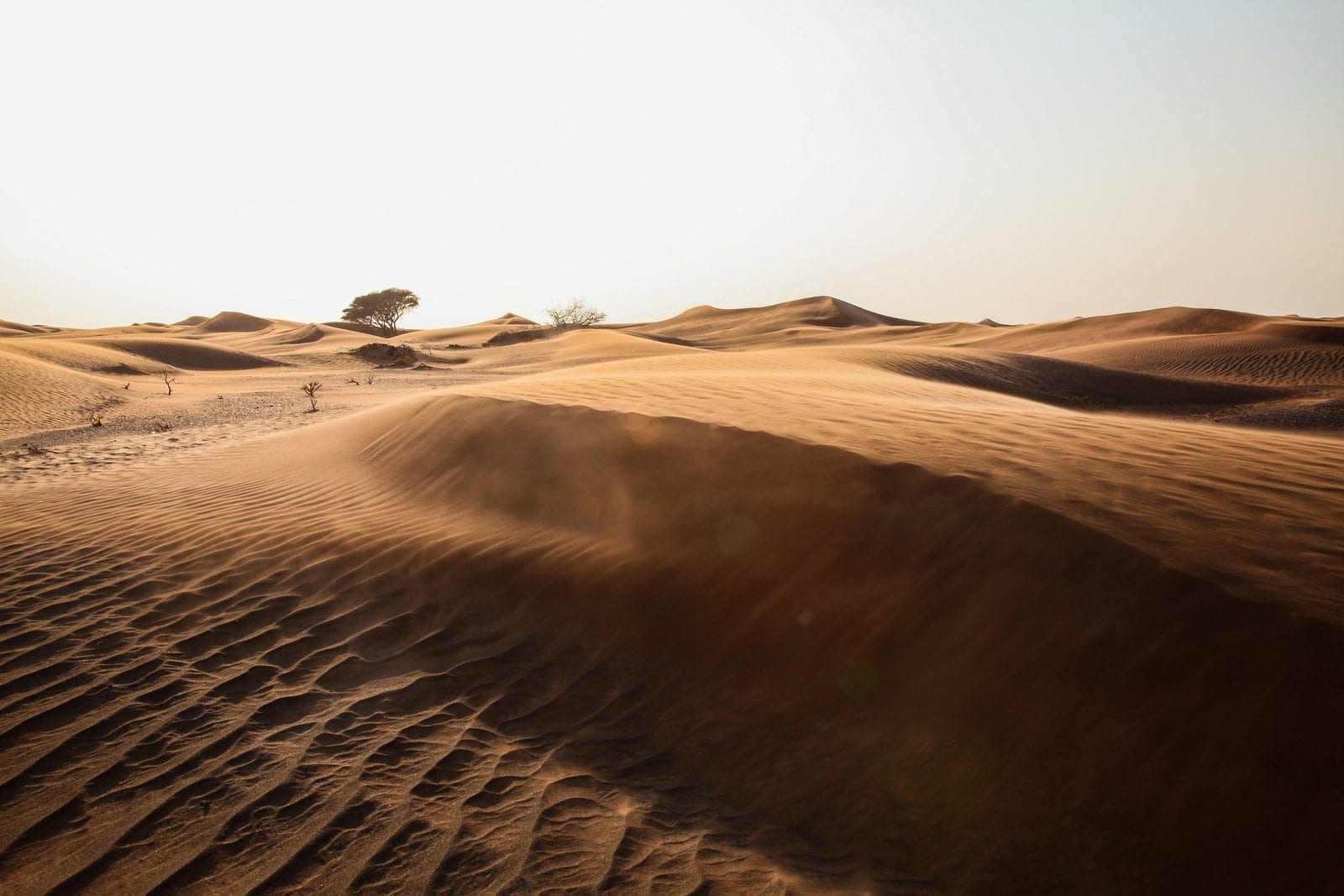 We go to places we’ve never been because we want to be Surprised.

Into The Empty Quarter – Official HD Trailer from Alastair Humphreys on Vimeo.

There are many aspects to travel.

We go to places we’™ve never been because we want to be surprised.

We want to see new sights and experience fresh things.

We seek out remote places to see what they might teach us – about the world and about ourselves.

Going somewhere you have never been means there are no familiar crutches to prop yourself up, no old memories to fall back on. Everything is new and different.

The exception to this is going somewhere new that you have read about so often that you feel you almost know the place. That was my first experience of the Empty Quarter desert in Oman.

When I first began dreaming of travelling the world, and doing so in an adventurous and challenging way, one of my early ‘˜holy texts’™ (along with Cherry-Garrard, Herzog and Newby) was Wilfred Thesiger’™s book ‘˜Arabian Sands’™. Thesiger was a classic stereotype of a British explorer. He was born a hundred years too late, and his 20th century adventures felt as though they would sit better in the Victorian age.
The consummate English gentleman, Thesiger was educated at Eton College and Oxford University. He wore tweed and smart three-piece suits. But he was also a hard man and an epic traveller. He boxed for his university and later fought with British Special Forces – the SAS – in the deserts of North Africa in World War 2. He was a tall man, imposing, with a great craggy nose and long, loping limbs perfectly suited for striding across vast deserts.

Thesiger’s greatest book, ‘˜Arabian Sands’™, describes his exploratory journeys through the Empty Quarter desert with a handful of charismatic, knowledgable, loyal Bedouin guides in the late 1940’™s. The Empty Quarter, on the Arabian Peninsula, is the largest sand desert in the world. His book beautifully captures the harsh beauty of the desert, the terrible hardships of crossing it by camel, and the wonderful blend of camaraderie, solitude and personal discovery that chimes with all the greatest adventures. Ever since I first read ‘˜Arabian Sands’™ I dreamed of one day making a journey of my own into the Empty Quarter.

And so, when I set my eyes upon the empty gravel plains for the first time I was seeing a place I had thought about for more than a decade. I was thrilled to be somewhere I had never been before. But I was excited also to be looking out at a landscape so familiar to my hero Thesiger.

My journey was not aiming to replicate Thesiger’™s adventures. I could not afford a camel, had no idea how to travel with one and – truth be told – I’m™m scared of them too. Nor could I roam at will across the desert. Saudi Arabia is off limits to today’™s adventurous tourists, so I would be constrained to the desert in Oman and the United Arab Emirates.

My aim then was to become a human camel, hauling a homemade cart with 300kg of supplies for 1000 miles across the Arabian peninsula from Salalah in southern Oman to the glitzy madness of Dubai in the United Arab Emirates. I’m™d need some help with this madcap plan so I recruited Leon McCarron, a friend of a friend and a fellow fan of Thesiger.

We looked a strange sight, hauling our ludicrously over-laden cart along the side of the busy motorway out of Salalah. Bemused and amused drivers hooted their horns and waved as they passed. Already this journey was totally different to Thesiger’™s experience. But you can never replicate someone else’™s journey. It can be an inspiration or a catalyst, but you must seek out the adventures and experiences for yourself.

It was a relief, shortly after the air base at Thumrait (where the night roared with American jet planes departing for nocturnal business in the skies over Afghanistan) to leave behind all the sound and fury of the modern world and turn off the road into the desert.

Oman’™s desert is frequently criss-crossed with gravel tracks and the trails of 4×4 vehicles who zoom around the desert either for fun, or rounding up some of their far-spread camels. So even here we couldn’™t entirely leave the world behind. But we got the silence, the stillness and – above all – the heat that Thesiger endured. We lived on a strictly rationed amount of water and the most basic of supplies. We needed to carry food for a month so we had no fresh food or refrigerated food. Our diet of instant noodles, biscuits, nuts and dates was not particularly inspiring.

Each morning we woke two hours before dawn. We walked as far as we could until the midday heat overwhelmed us. And then we would shelter and swelter in the shade of a small canopy through the worst hours of heat. In the afternoon we would keep walking, until night had fallen and we’™d covered the day’™s required distance.

As we walked and sweated, Leon and I would chat about how different our experience was to Thesiger’™s. We had maps. We had strong plastic jerry cans filled with water rather than flimsy, leaking goat skins. But although much was different, much was similar too. The endless, unchanging gravel plains that shimmered all the way to the horizon and far beyond. The beautiful, sculpted dunes that looked different as the day progressed and the shadows lengthened. Their colours varied from a grey shade of khaki, through orange, to a deep shade of red that glowed with the last of the setting sunshine. This was our favourite time of day. The ferocity of the heat had passed. We had miles in the bag (we walked a marathon, every day, for those 1000 miles). We could look forward to camping and resting.

There were no showers, no days off. But to remove our harnesses at day’™s end and set up camp was reward enough. I loved lying back on the still-warm sand and listening to the soft roar of our camping stove. This weariness, sense of achievement and towering air of remoteness is the one thing that we did share with Thesiger, and my favourite part of the journey. This repetitive, simple life continued day after day, week after week. The ascetic, almost monastic routine of a desert adventure is one of its toughest but most rewarding aspects.

We left the desert behind as we crossed the border into the United Arab Emirates. Flashy cars raced past, their once-nomadic inhabitants now cocooned in air-conditioned comfort. We trudged weary down the busy motorway to Dubai, pushing through the final 200 miles with dreams of ice creams and cold showers. Thesiger would have thought us soft! He would have been astonished by Dubai as well. In his day it was a small fishing town. Today the tallest building on Earth – the Burj Khalifa – speared into the sky high above all of the other extraordinary skyscrapers. Dubai is a surreal place, however you experience it. But to arrive on foot, after walking for 1000 miles, was one of the weirdest and most memorable ends to an adventure I have ever known.

Oman was a beautiful country with some of the most generous, friendly people I have ever met. It should be more popular as a tourist destination and I’m™d urge anyone to add it to their itinerary. And as for Thesiger, and ‘˜Arabian Sands’™? My admiration for the man and for the book both grew during my brief taste of life in the Empty Quarter desert.