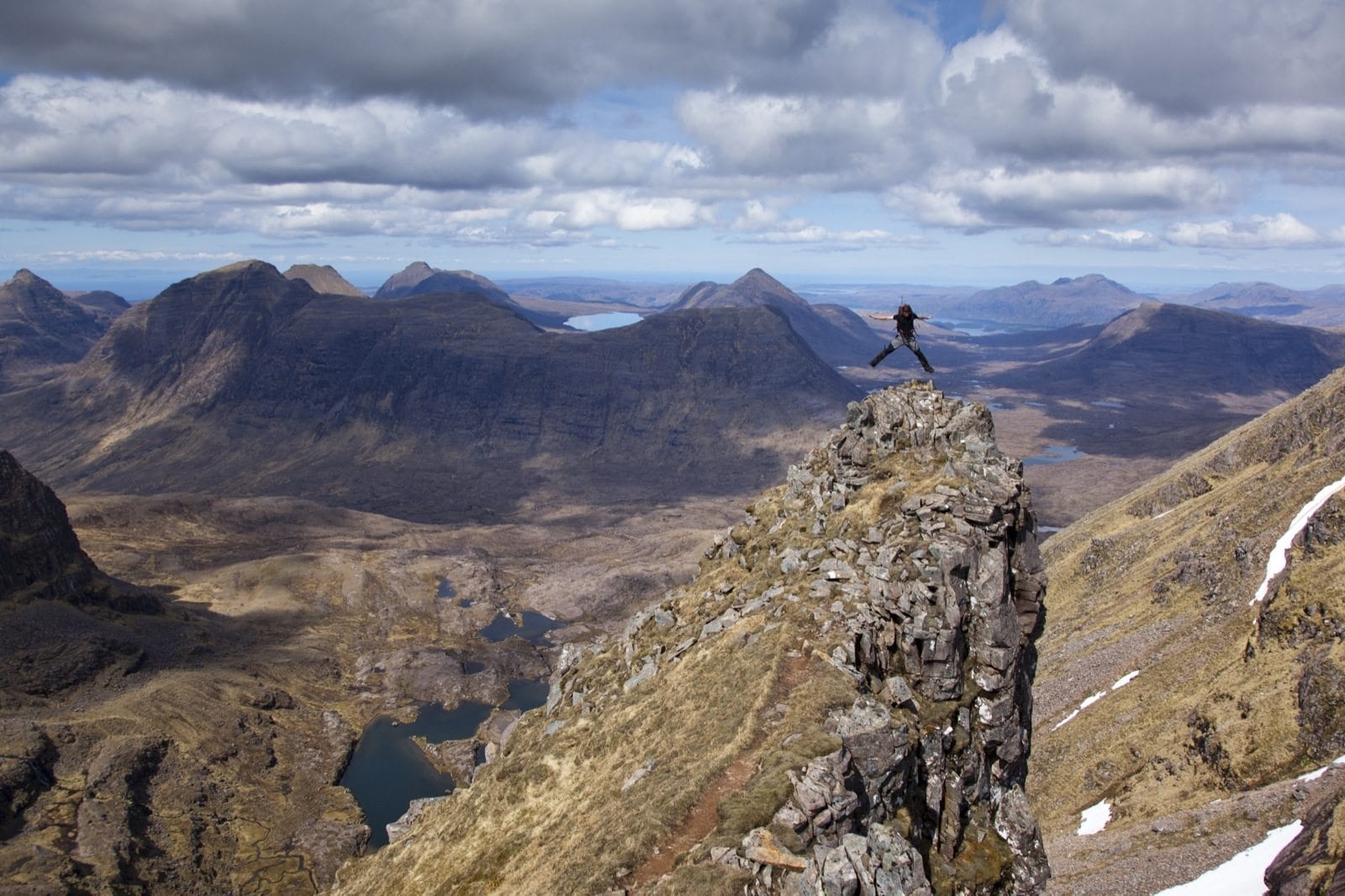 A One Year Expedition Around Scotland

I’m a big fan of seeking out epic adventures close to home. Will Copestake’s trip is a perfect example and a great inspiration for Grand Adventures. Here’s what he has to say: 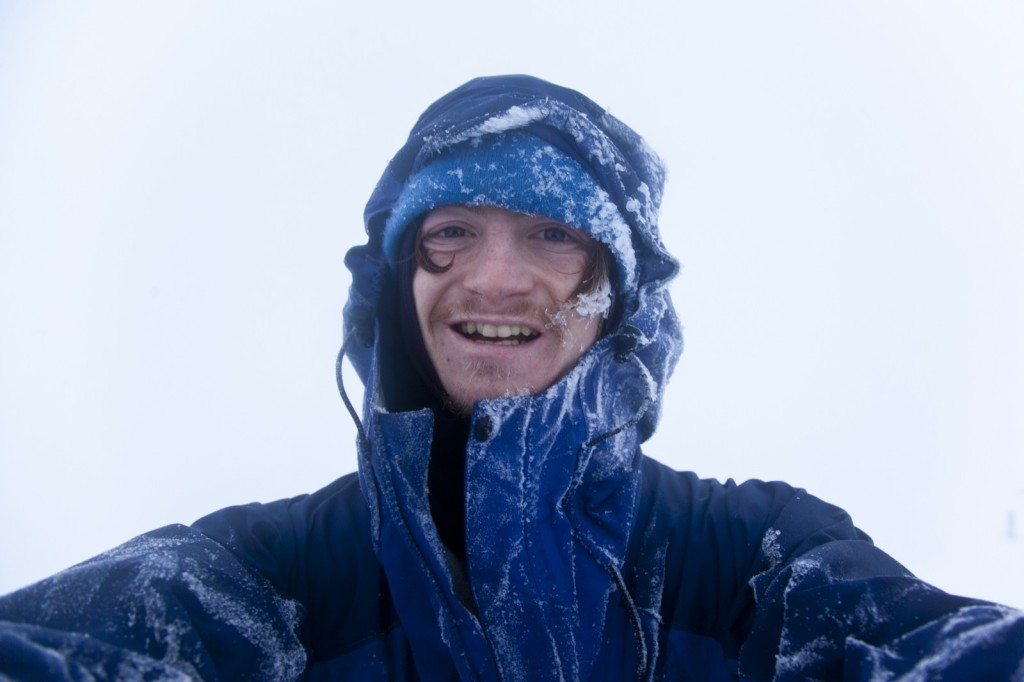 In 2013 I set off on an adventure that would last one day shy of a year; to kayak solo around Scotland then cycle home via the 282 summits over 3000ft; these peaks are an infamous list known as ‘The Munros’. I wanted to explore the landscape and culture that lay upon my doorstep. The ‘Machair to Munro’ expedition was designed as a personal journey to prove you don’t have to go far to have a big adventure.

A year living under canvas on a budget of £3000 made me appreciate the little things; those small moments of kindness from strangers that change the whole mood of a day. I will never forget the moment when I collapsed wet, cold and exhausted after dragging my 100kg boat to camp only to find a steaming mug of tea left in my discarded clothes. 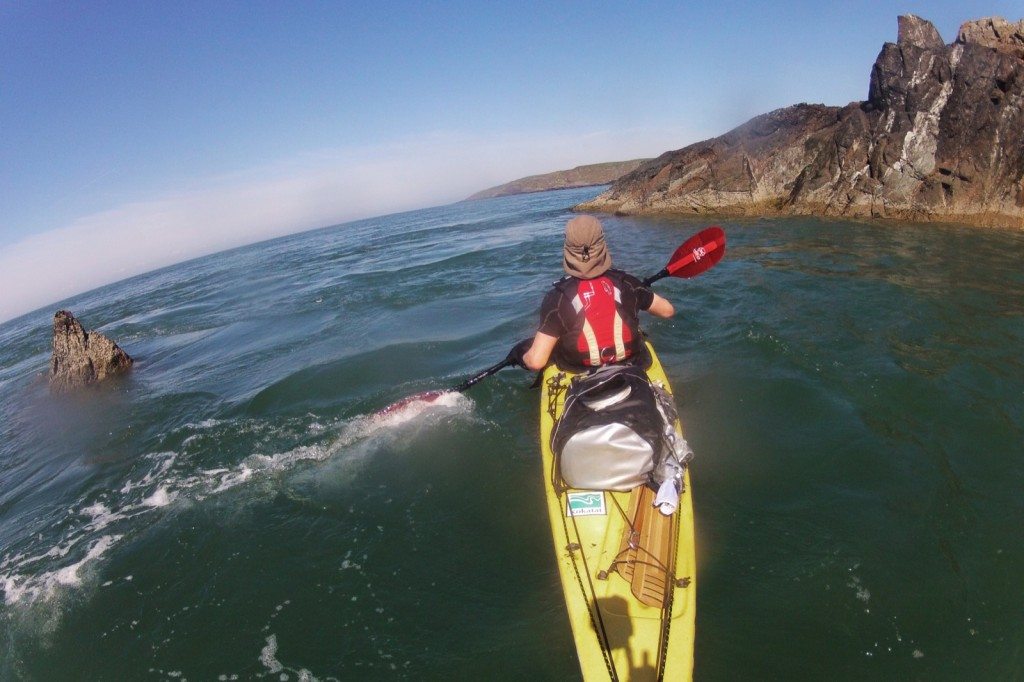 There were nights of spectacular sunsets, days of serenity where only the gentle splash of my blades on the water broke the sea. There too were days of storms, of blizzards and fear which made those nicer days worthwhile.

At sea the most memorable days were those where I could explore the caves and cliffs, watching seabirds, otters and occasionally dolphins at my side. By night I cooked freshly-caught fish on a crackling fire. 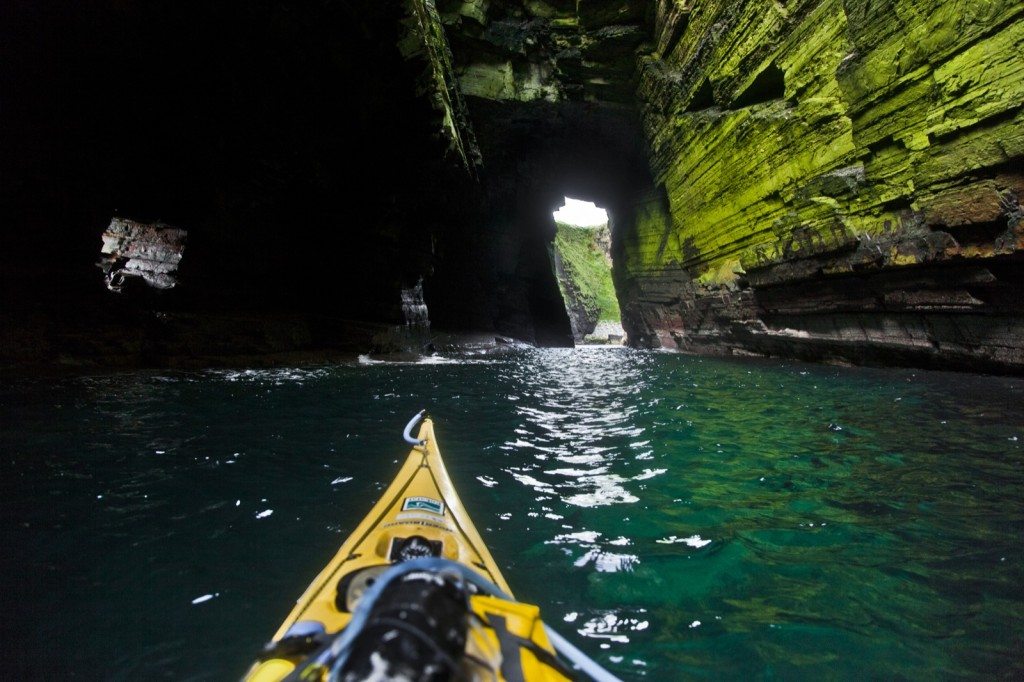 By winter I found a new love; my bike (Sally) and I discovered the rewards of the winter in countless summit sunsets and ferocious gales. The long nights spent reading and eating balancing against the struggle against cold and wet. In 12 months I felt elation, I cried, I found friends in strangers and an intimacy with my country unlike anything I had experienced before. 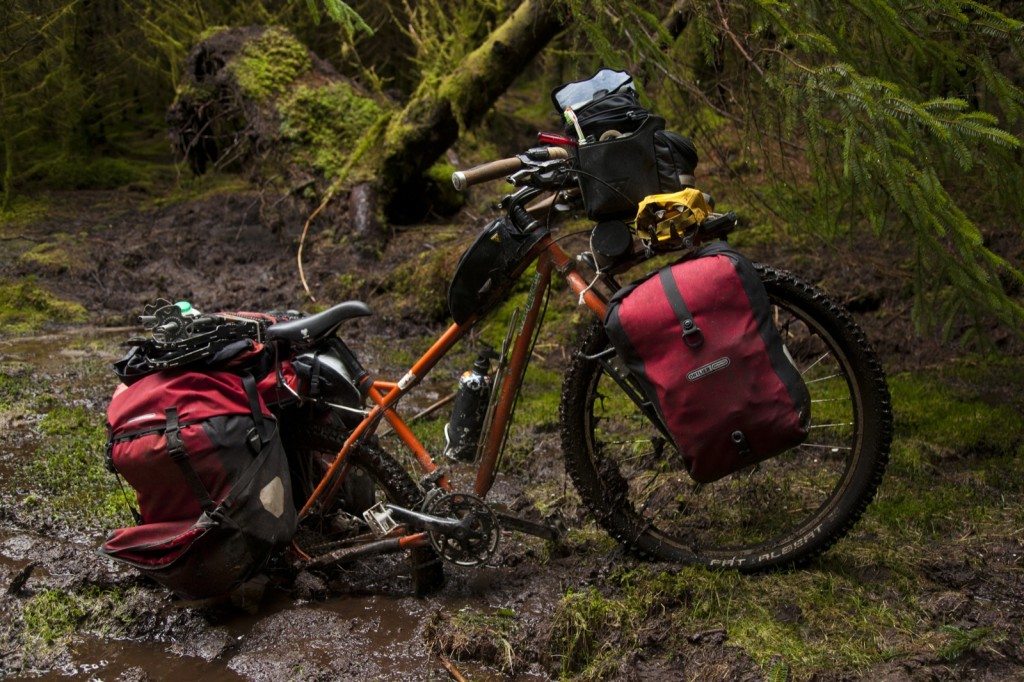 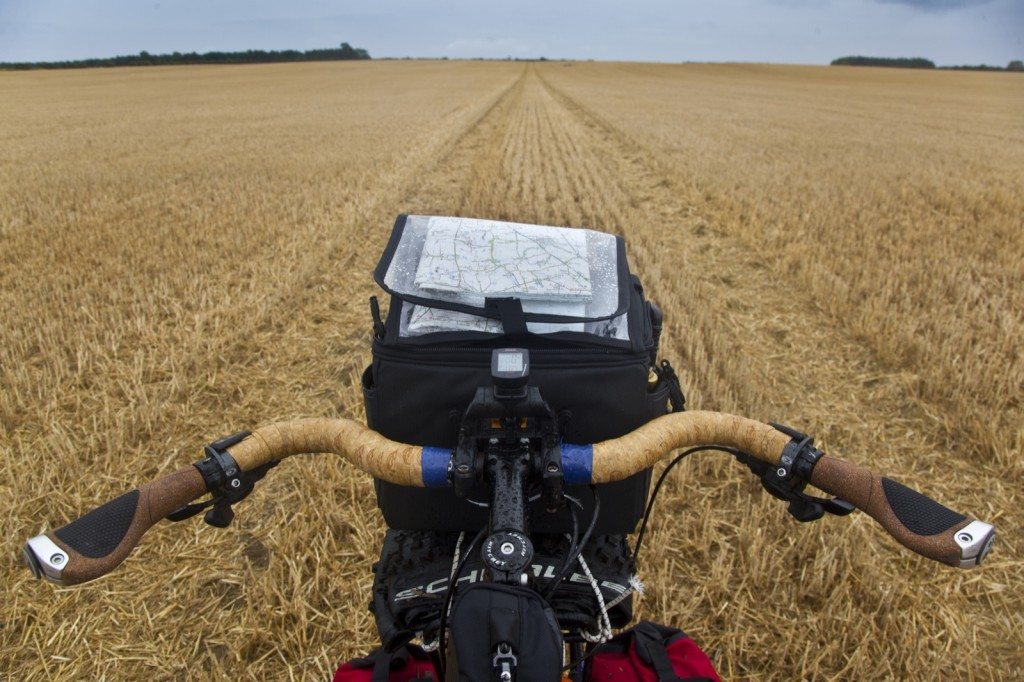 During the adventure I often found it easy to overlook the little changes. Over time, my confidence and ability gradually shifted forward. Those exposed ridge lines I had once trembled across at a crawl I now actively sought out, just for ‘the thrill.’  Now I am back home, Scotland seems smaller, the countryside more inviting and perhaps a little less scary.

The journey has left an anchor to which I can now compare new challenges. The hardest times are now a motivation to head back out and have more fun.

At the risk of sounding cliche, I would say my main advice to people is to just get out there! The hardest part of the trip is simply starting. Most of those I have met say they could never find the time or money: perhaps by setting a date for an adventure (even if you don’t know what it is yet) you will be motivated to work towards it. My journey began like this. I knew I wanted another trip after my Iceland adventure. So I set the month after leaving university as a goal to begin. This was a year in advance. An idea soon followed and then the practical steps to make it happen could begin… 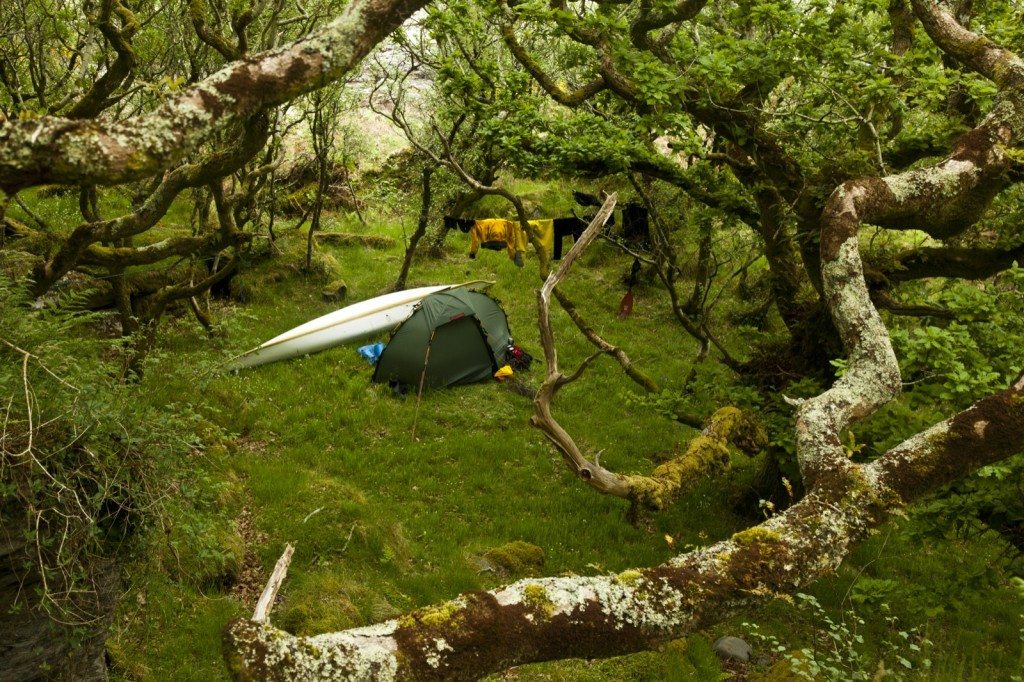 Be prepared for plans to change; don’t get stuck in your ways. If the inevitable happens and a route or idea needs to stretch to work safely or properly, then go for it. (It is now that I should admit I didn’t actually kayak around Scotland, for 9km of it I hitched on a boat to pass an active bomb range and avoid a week’s wait ashore.)

Fear is just a lack of practise. The best way to beat it is to go out and try it. Even if it is a little scary you will never regret starting something rather than sitting ‘safe’ at home.

Looking back at the early days, I wish I had compared myself less with other adventurers and set more enjoyment in what I was doing; I would often find myself comparing myself to great explorers when I was feeling particularly low and would feel like a wimp. I think over time this became easier to ignore and the harder days became more enjoyable as a result.

If I were to do it again I would take longer to harden my feet. I had not appreciated that after 4 months sat down in a kayak that my foot soles would go soft – agonising blisters were the result. 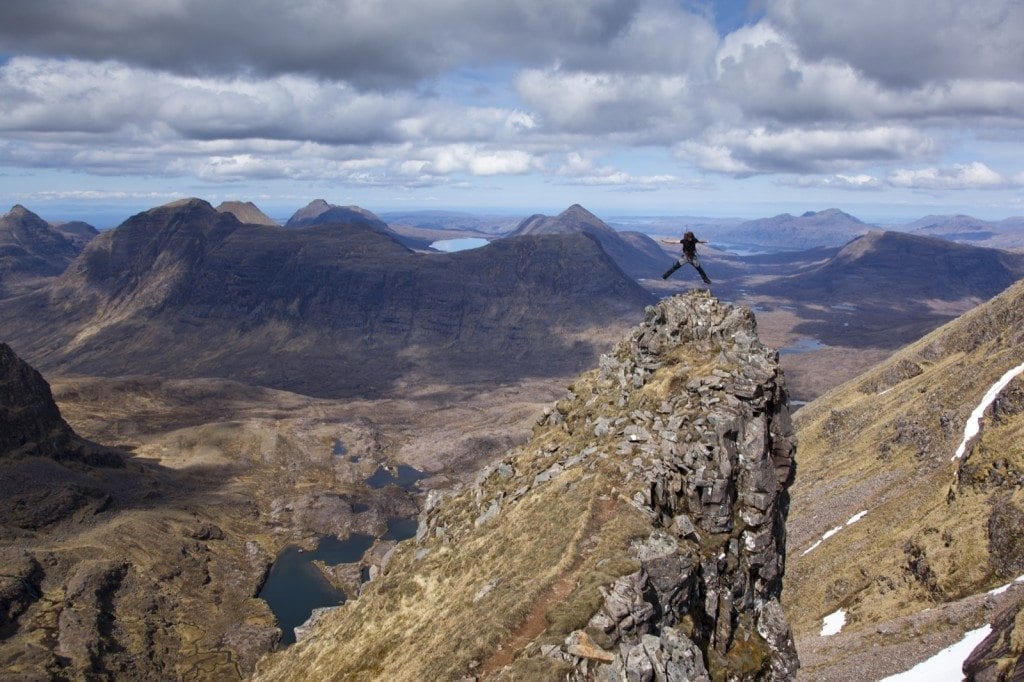 Kit wise I think it’s better to save money by buying on eBay rather than going for flashy kit. Use the savings to go on a longer trip. As teenagers we used to try and one-up each other with the shiniest, most expensive jacket – we would strut around feeling cool but too poor to actually go somewhere and use it.

I am not a fan of this new ‘super-lightweight’ craze especially in modern tents and jackets, on a longer trip they will break. Buy a heavier yet stronger one to last for years to come! 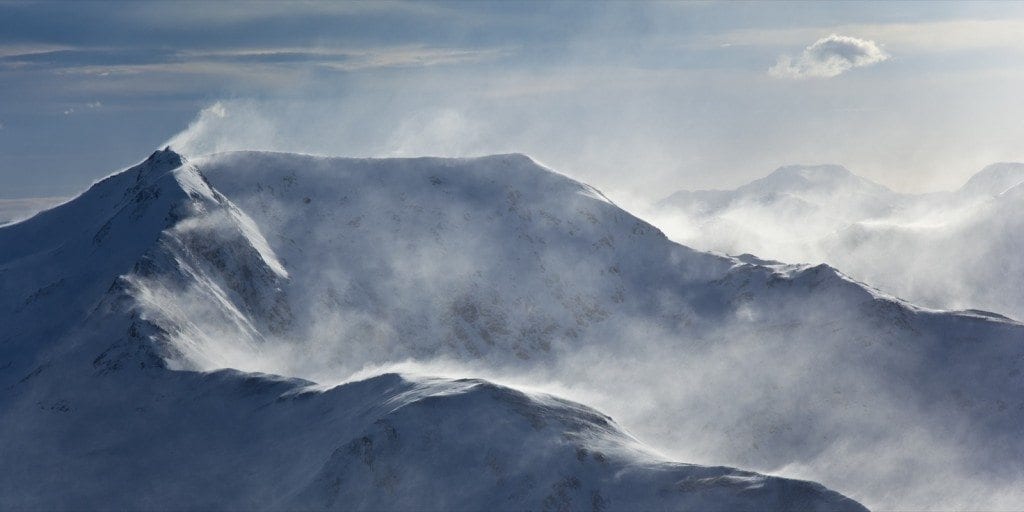 Here are a few tips on saving for your trip:

Get creative! For a past expedition my teammate and I carried bags of water up hillsides to sell tea and biscuits on the top, it made about £60-90 a day and the carry up counted as training. Just don’t forget an advertising sign in the carpark!

For this trip I was still a student before I set off. I had very little money but a lot of time. To save, I worked through my holidays and scrimped pennies together to slowly build an ‘adventure fund.’ It is amazing how much money small change adds up to if kept together – did you know you can fit £11 worth of 20p coins in a Smarties tube?

Like anyone about to endure exams, I started procrastinating. For me it was by writing hundreds of letters to companies asking for sponsorship; a task which brought few returns but to those who did I was hugely grateful. In hindsight sponsorship wasn’t the be all and end all, but it made me feel a bit like a real explorer with a geeky thrill.

‘Up-cycling’ old kit helped to cut costs. My kayak was 16 years old and needed a winter repairing to make it safe. This helped to teach how to maintain it in the field as well as being far cheaper. In similar fashion building spare paddles helped both to teach and save – Google is a great teacher! 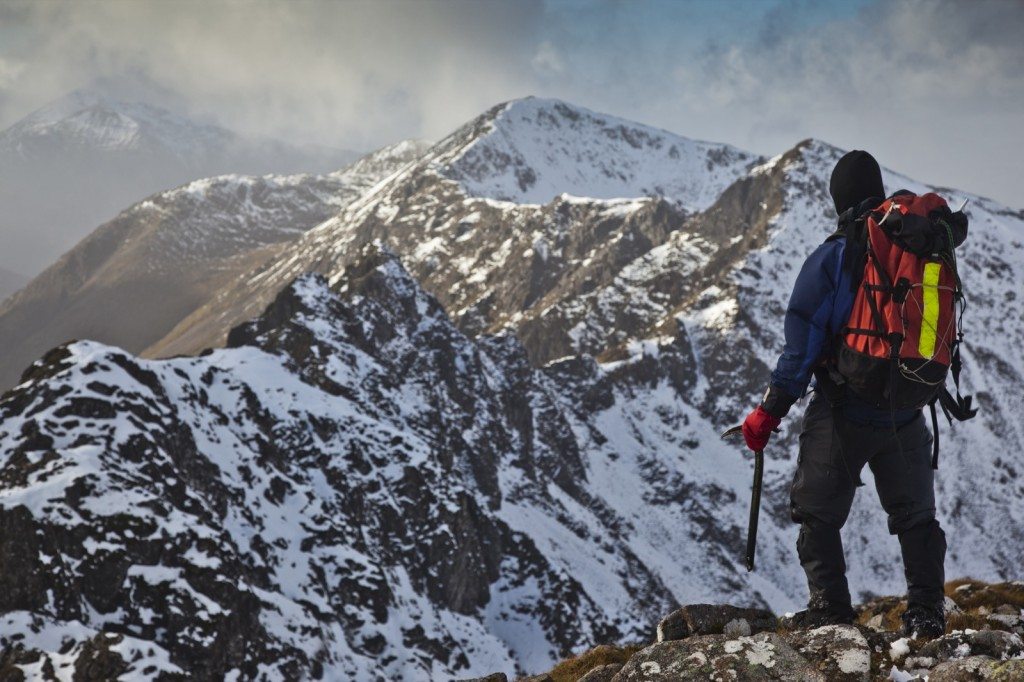 Food, accommodation and transport are the biggest costs once on the journey. My transport was covered (kayak, bike, boot) but where to eat and sleep? I decided with an optimistic bravado to camp all year which worked brilliantly until the gales, rain then snow arrived in October. To keep drying out I allowed a night or two a week in the cheapest hostel I could, although I felt strangely guilty to do so.  [Note from Al: I felt guilty too when cycling round the world. I recommend a “guilt free splurge” budget that you can spend monthly without beating yourself up too badly.]

With a low-end desiccator I prepared 2 months of food for my kayaking leg on a budget of less than £120. It was basically dried veg, smash potato, soy mince and a fondly nicknamed ‘cup-a-puke’ soup – with a healthy dose of lard added in later. 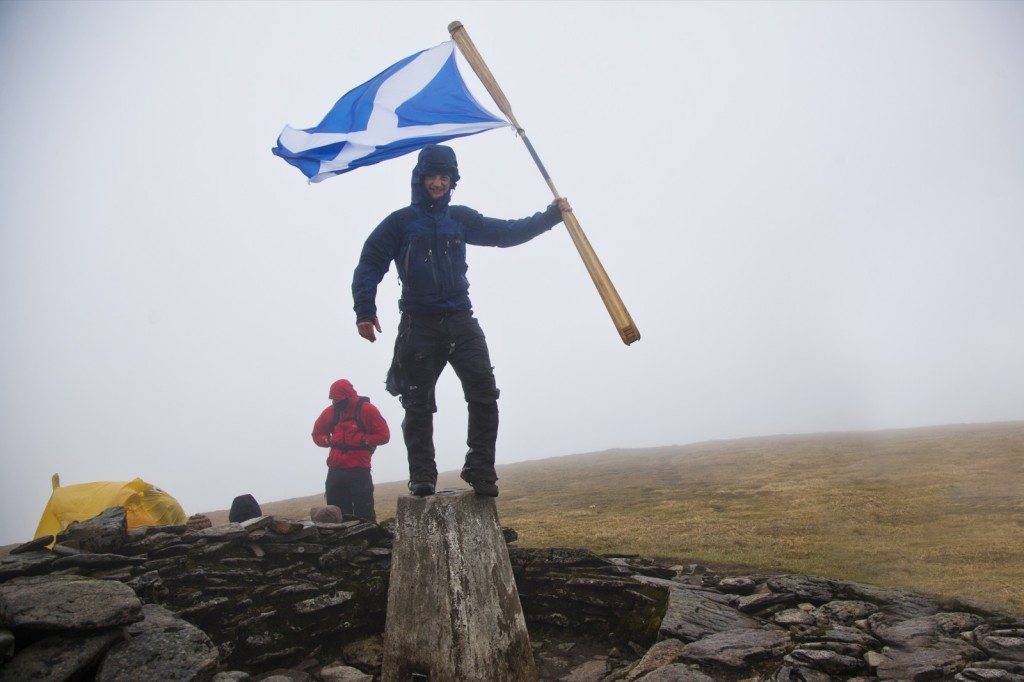 Finally, here are the most common questions I was asked in my year-long adventure:

My new book, Grand Adventures, is out now.
It’s designed to help you dream big, plan quick, then go explore.
The book contains interviews and expertise from around 100 adventurers, plus masses of great photos to get you excited.

I would also be really thankful if you could share this link on social media with all your friends – http://goo.gl/rIyPHA. It honestly would help me far more than you realise.