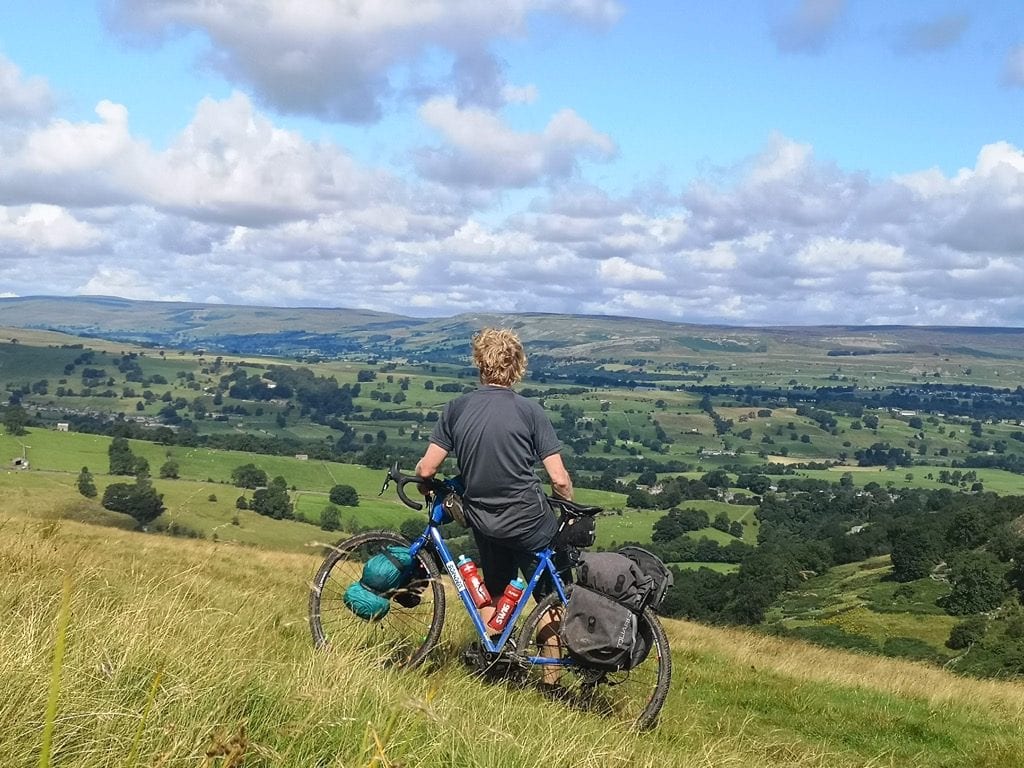 The allure of travel differs for each of us. It might be gazing up in awe at the gothic treasure you never knew existed, the kinship of being invited into someone’s home to share a meal, the relaxation of beaches or the opportunities for adventures new.

But whatever it is that appeals, there is one unifying aspect: the aeroplane that gets us there. However, flying is not only terrible for the environment, it also consumes a significant percentage of our budget and a painful proportion of our time away.

To get round this we might decide to stay closer to home for a weekend mini-break or a microadventure. But what happens if you are looking for something bigger? If the opportunity arose for a month-long adventure, would you not want to fly far away?

Back in my 20s, I spent four years cycling around the world. It was the adventure of a lifetime. It was also a curse in that I now measure all my travels against that epic yardstick. But I wanted to see whether I could find a local journey that replicated some of the freedom and variety of those continent-crossing years. Could I have a proper adventure without leaving home?

Though I am currently exiled down south, I grew up in Yorkshire and — like many of our tribe — identify proudly and loudly as a Yorkshireman. But I was aware that there was much of my home county that I knew nothing about. And so I decided to spend a month cycling around Yorkshire, wild camping along the way. I deleted all my apps for email, music or social media, loaded up my panniers, and began. 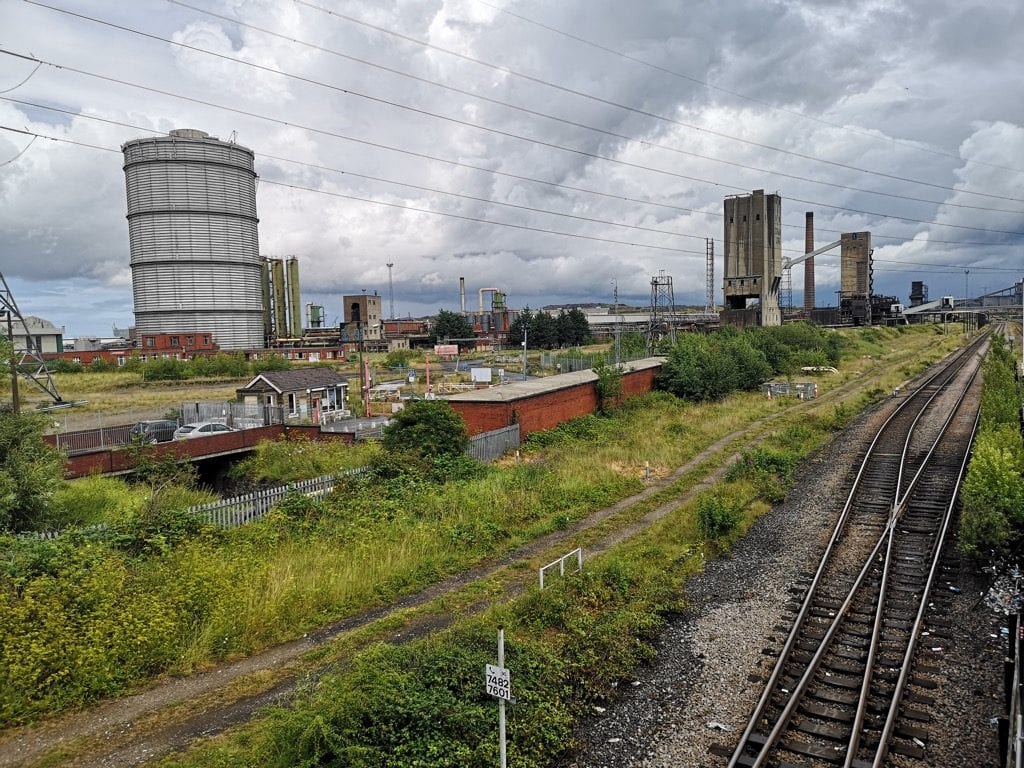 I pushed aside envious thoughts of Machu Picchu, Milan or Miami as I lifted my bike off the train in Middlesbrough — the traditional top right hand corner of Yorkshire — on a grey, wet morning. But the sun came out as I followed well-marked trails through Teeside’s engineering and industrial heritage to the coast, fired with calories from my debut ‘parmo’ lunch. From the very first push of the pedals the ride took me to places I had never explored before.

Yorkshire welcomes cyclists and almost all my ride was on cycle paths, bridleways, or quiet back roads. The county is still proud of its involvement in the 2014 Tour de France and those iconic photographs of ‘Le Col de Buttertubs’ (which I laboured up later on my journey.) Many old railway lines have been converted into traffic-free cycle tracks by Sustrans, such as the excellent section of the Trans Pennine Trail running from Hornsea into the centre of Hull or the path heading south from York that has a scale model of the Solar System — beginning with an eight-foot Sun — where every hundred metres of cycling corresponds to 57 million kilometres of space, until you reach Pluto some 6.4 miles later!

My accommodation plans were anything but space age: I slept in a bivvy bag under the stars, with a tarpaulin to shelter beneath in case of rain. I settled down for my first night on the grassy heights outside Saltburn-by-the-sea, watching the sun set behind Yorkshire’s last remaining pier. The next evening I rinsed off the day’s sweat in the mirror-calm sea then made tea on a small driftwood fire in a deserted pebbled bay. A few nights later I was on the North Yorkshire Moors, dozing off on a bed of soft heather and moss, my lips stained blue from wild bilberries. On one night of heavy rain I was relieved to take refuge in a remote bothy, drying out by a log fire as I listened to the curlews and owls. 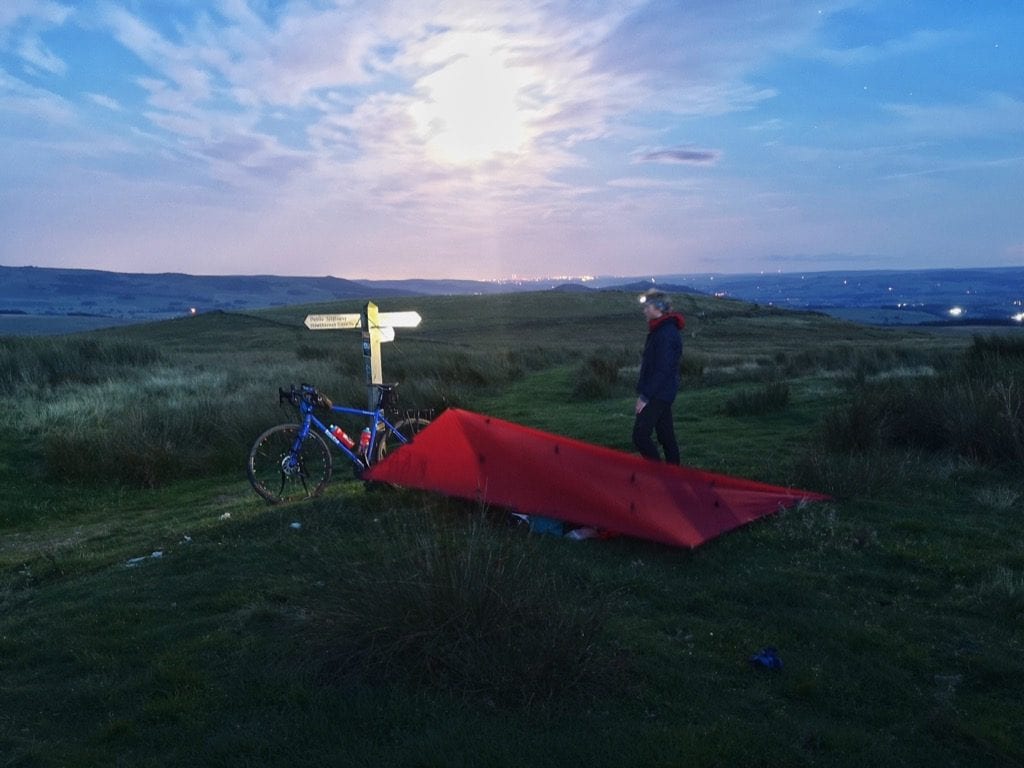 Summer days are long in the north, meaning you can steadily accumulate considerable mileage. With great mileage comes great hunger, and the cyclist’s appetite, appreciation of flavour, and guilt-free greed is always one of the highlights of any tour. Much of my eating was village to village grazing: buy a tealoaf at a bakery, then eat it immediately. But I also whipped up Super Noodles on my camping stove on the Roman road high above Hawes. I pigged out on homemade cakes in the honesty box cafe at a village gallery in Swaledale, and on spicy burritos in Sheffield. The largest meal of my ride, by a considerable margin, was a delicious curry cooked by a Pakistani lady in Leeds after her son took me to evening prayers at his mosque.

When deciding to spend a whole month cycling only in Yorkshire, my biggest concern had been that even God’s own county might not be sufficiently varied to keep me interested. Yet I found myself wishing that I had two months, or three, or six. I had never visited Staithes or Robin Hood’s Bay, nor the red roofed villages in the peaceful Wolds. Pedal 20 or 30 miles and everything changes. Contrast the balancing boulders of millstone grit in Nidderdale with the dramatic panorama of the Hole of Horcum. Or compare the photogenic (read: hilly) Dales with the Industrial Revolution’s dark satanic mills of South and West Yorkshire.

Those mill towns proved to be one of the treats of the journey. The iconic canal network has become a green vascular system for cyclists and walkers and boaters. I rode the towpaths with a keen eye open for flashes of turquoise kingfishers that were thrillingly abundant. 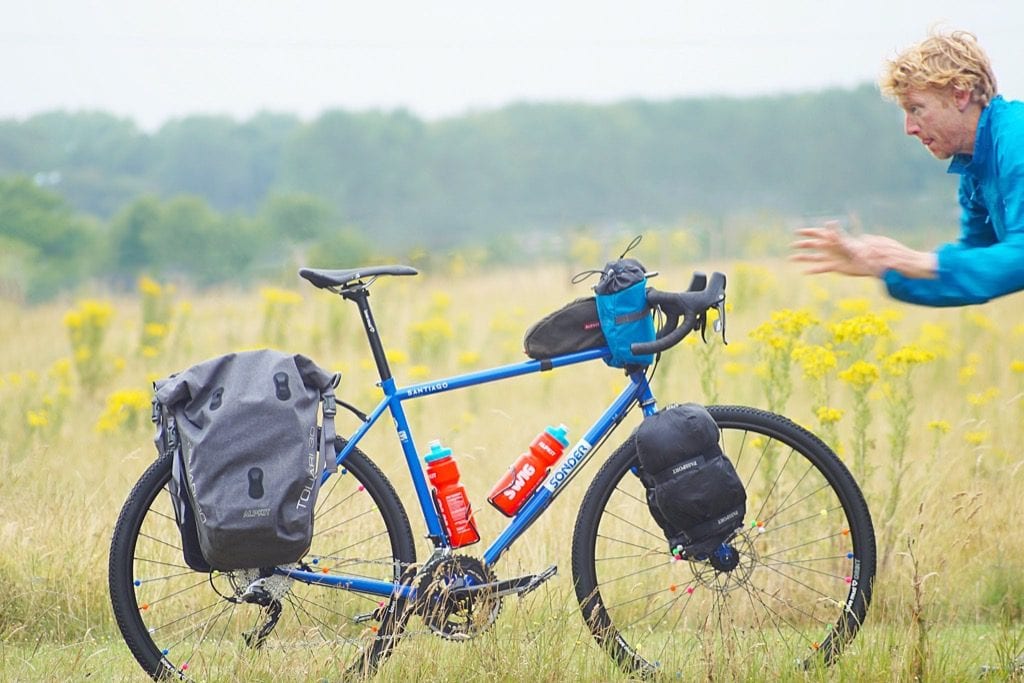 Considering that this adventure was supposed to feature the familiar landscapes of my youth, I was surprised by how often I was surprised. Whilst I feel embarrassed that I had never even heard of Beverley Minster, it certainly made stumbling upon its magnificence all the more thrilling. I never knew that Hull had white phone boxes, not red. The riverside path between Doncaster and Rotherham was an unexpected nature haven. I discovered a phenomenal David Hockney exhibition in the old mill at Saltaire and gawped in the depths of Gaping Gill, one hundred metres deep and England’s largest underground chamber.

I had zig-zagged from the north-east coast down to the Humber bridge, from West Yorkshire to Tan Hill (Britain’s highest pub) on the Cumbrian border. And finally I circled down into the dales I knew so well, back to the house I grew up in, the house where my parents still live. As it was when I completed my round the world cycle, the triumphant end of my adventure was to arrive back home and sit down for a nice cup of tea — Yorkshire Tea, of course. 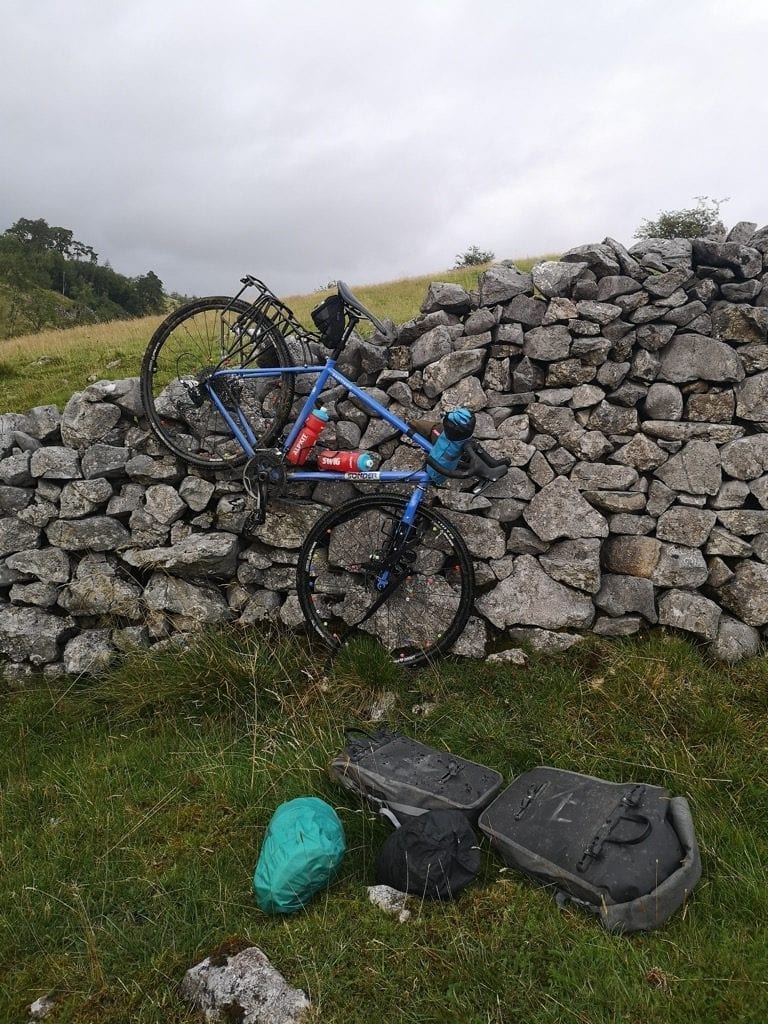 I had been curious whether I could have a genuine “travel” experience without flying. Could one place could hold my attention if I really paid attention? And could a mere month in my home county in any way replicate cycling across continents? The answer to all these questions was a resounding ‘yes’. Cycling around Yorkshire was one of the most intriguing and enjoyable journeys of my life.

No image found A Credit Card Adventure – Le Tour de Yorkshire Advice for anyone wanting to cycle the first stage of the 2014 Tour de France... in Yorkshire!...
No image found Le Tour de Yorkshire 2014 Last year I took a recce trip to ride the first stage of the 2014 Tour de France, or “Le Tour de Yorkshire” to give the race its proper name. (If anyone is considering turning this route into a microadventure then […]...
No image found On the new craze of riding round the world as fast as you possibly can. “Ah, it was a fine night, a warm night, a wine-drinking night, a moony night, and a night to hug your girl and talk and spit and be heaven going. This we did” – Jack Kerouac A common question in […]...
No image found On Sunday night I am excited to go back to work on Monday morning – Living Adventurously 11 Jon Barton is the founder of Vertebrate Publishing. It sits at the very heart of British adventure writing and outdoor sports. Jon says that “we publish books to inspire adventure. It’s our rule that the only books we publish are […]...
No image found Inviting you on a Winter Microadventure It’s cold. It’s dark. I’m tired. I’m busy. I’ll do it later. It’s exciting. It’s memorable. I need a break. I’m always busy so it might as well be now. We can always look at things in two ways. As […]...
No image found Putting Restrictions in Place Enforces Creativity – Living Adventurously #5 Tommy Banks was the youngest chef in the world to be awarded a Michelin star. The Black Swan at Oldstead was rated the best restaurant in the world by TripAdvisor in 2017. As a connoisseur of banana sandwiches and dehydrated […]...