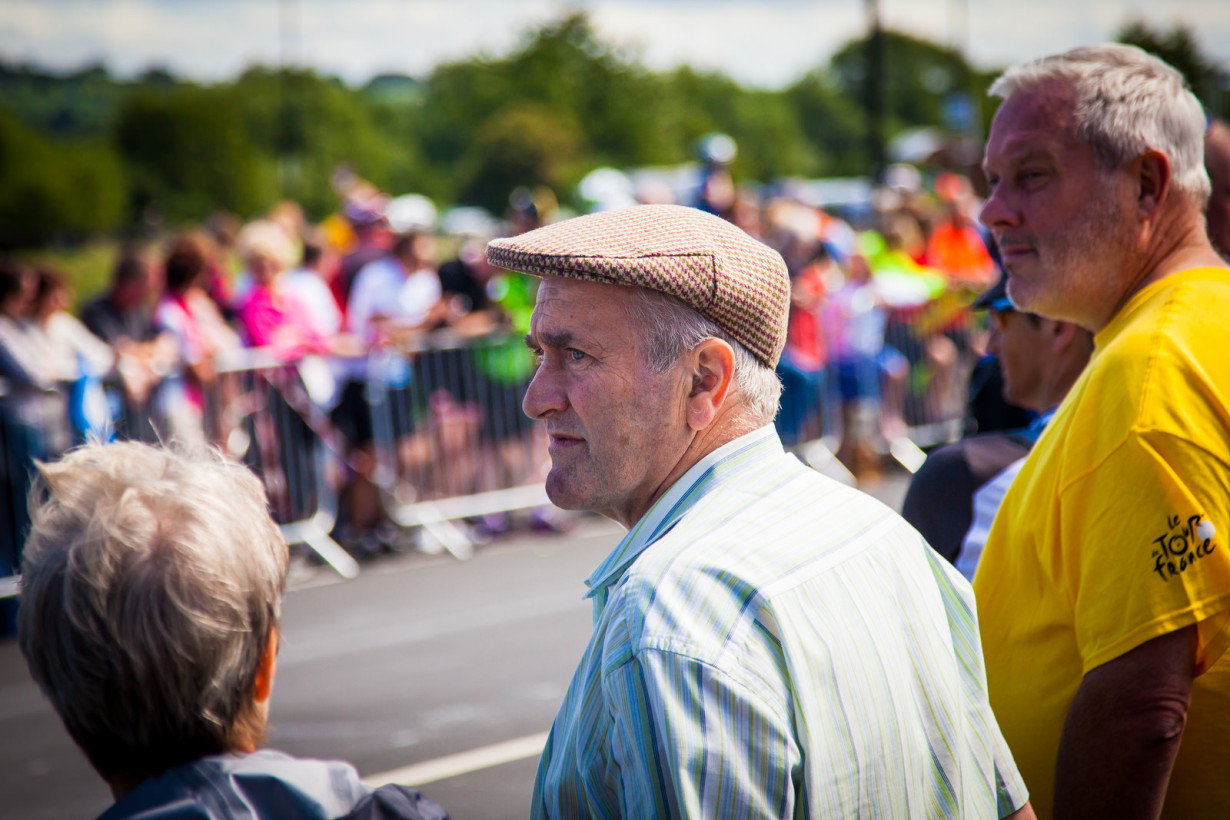 Last year I took a recce trip to ride the first stage of the 2014 Tour de France, or “Le Tour de Yorkshire” to give the race its proper name. (If anyone is considering turning this route into a microadventure then do it! It was fabulous. Details here.)

Unfortunately, I did not get selected for the race itself.
So this year I returned to Yorkshire as a spectator to watch the first stage.

So much has already been said about the beautiful route, the massive crowds, and the general acceptance that Yorkshire is the best place in the world, that I don’t need to repeat them here.

I just want to add these few thoughts about what was a truly glorious experience.

Here’s a photo story showing my experience of this year’s T’Tour de France (minus the M1 traffic, the beer and curry, and the fabulous Night of Adventure event on the Saturday night…).

Bah-humbug moaners claiming that there would be no accommodation available for the Tour were proved wrong. We had a fantastic room with a view. A little work needed, however, on the “pretend you’re still asleep” photo… 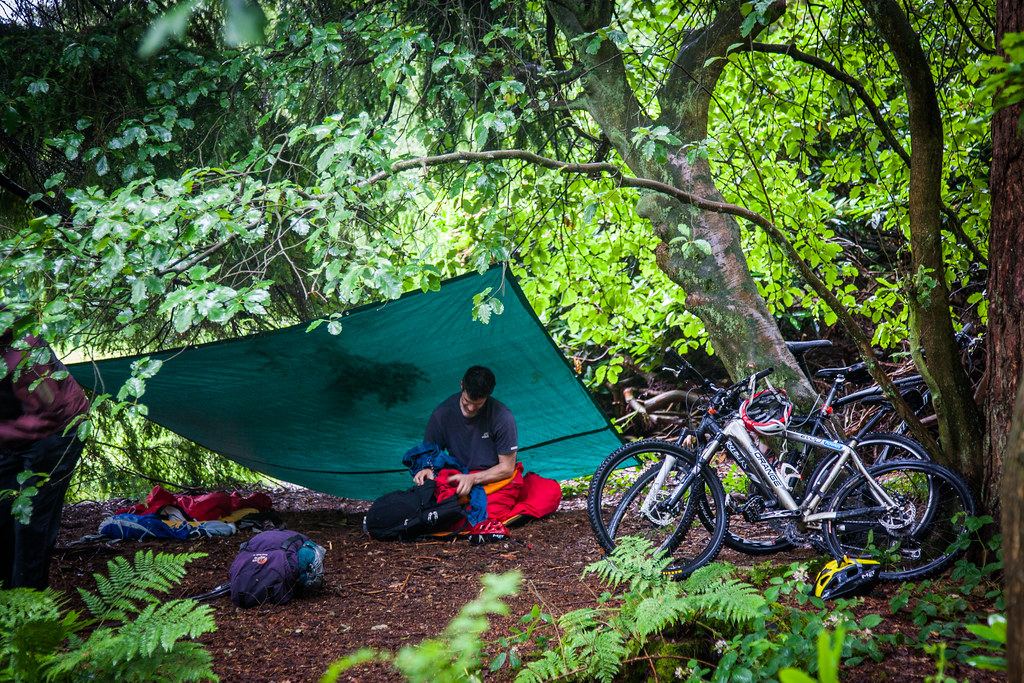 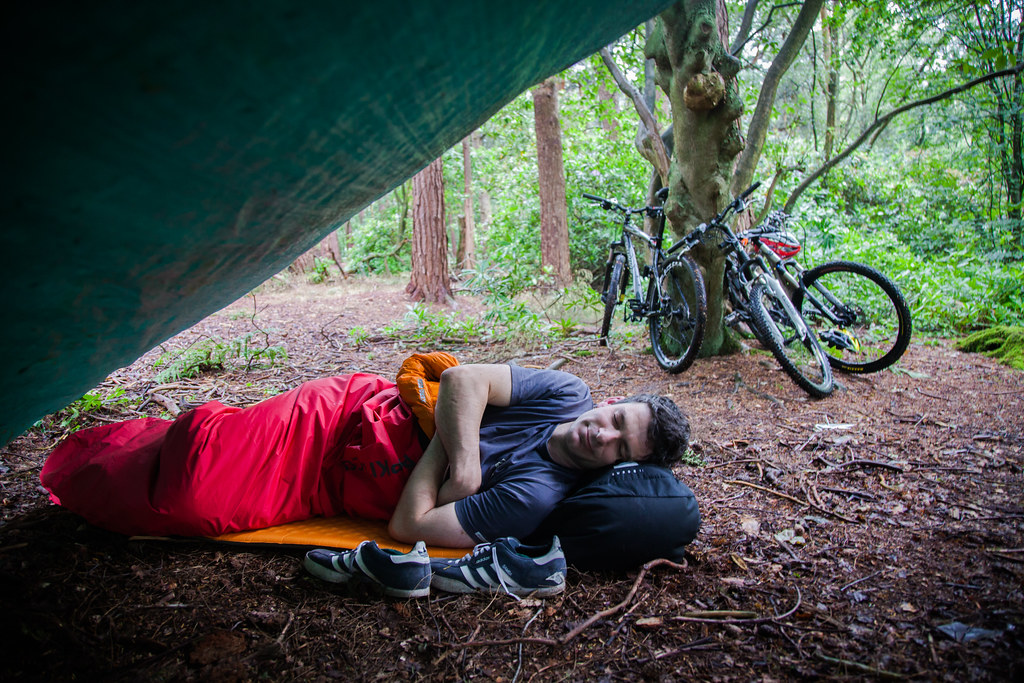 Our plan was to ride to the race route via a morning of mountain biking. A Yorkshire bike for a Yorkshire race… 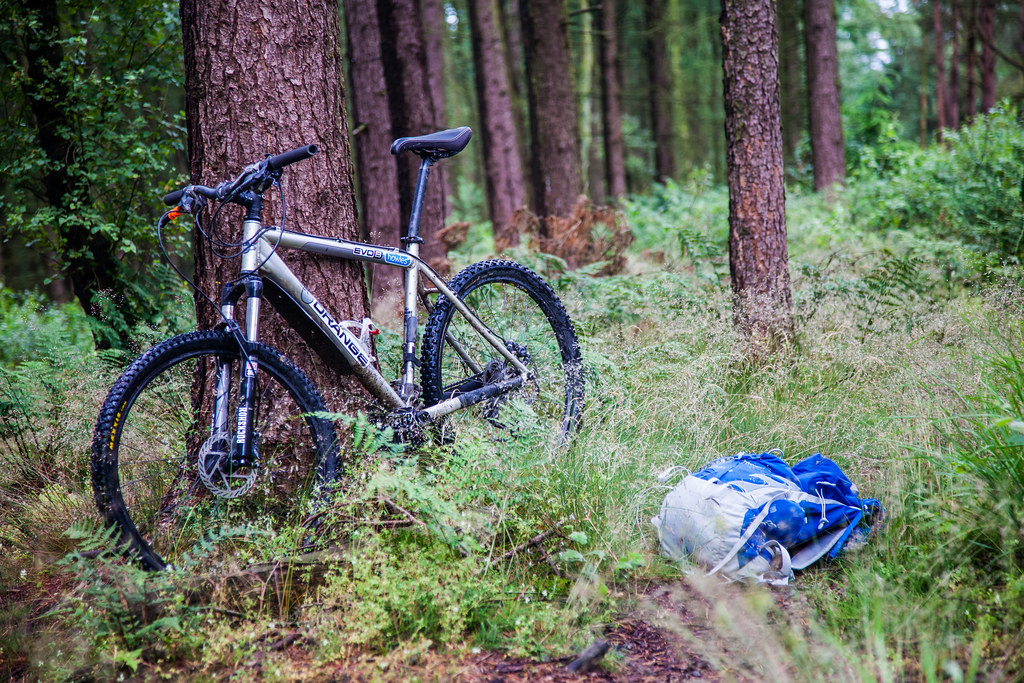 (the pipe cleaner on the brake is to remind me not to squeeze it: it’s got no pads in the disc brake and I still don’t know how to fix them!) 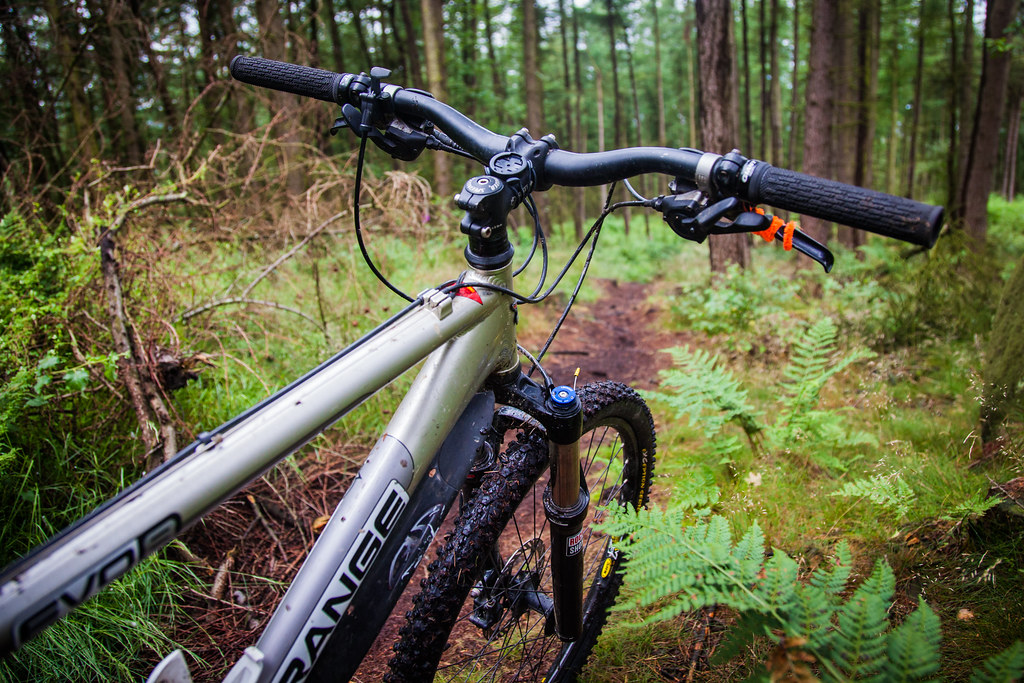 We were graced with a visit from Superman, or at least Super Cycling Man (similar to the real thing, but with saggier pants). 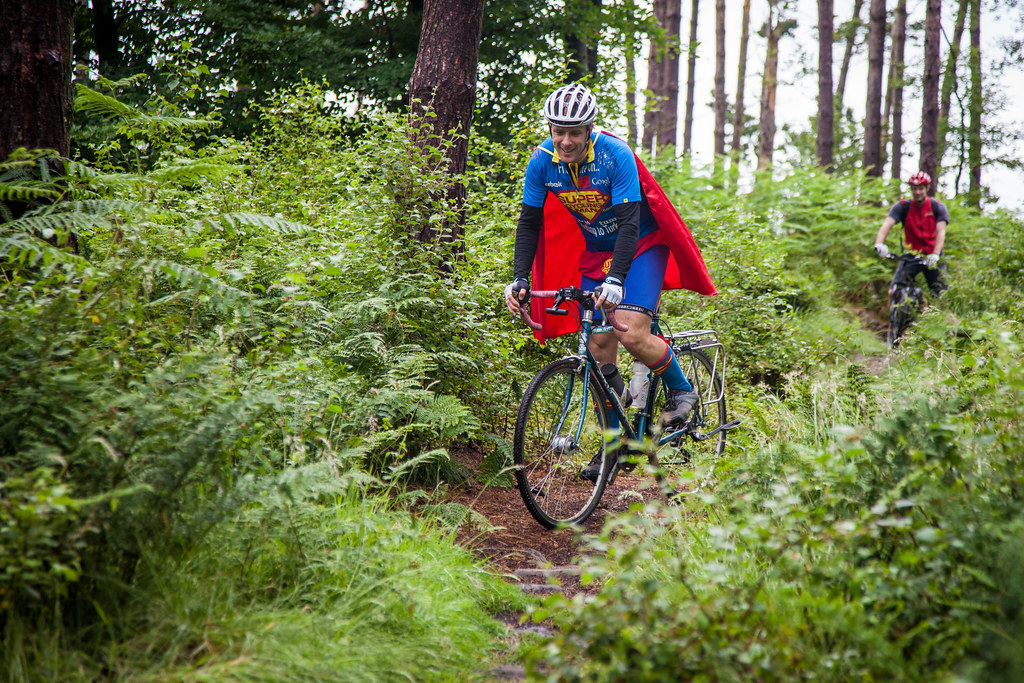 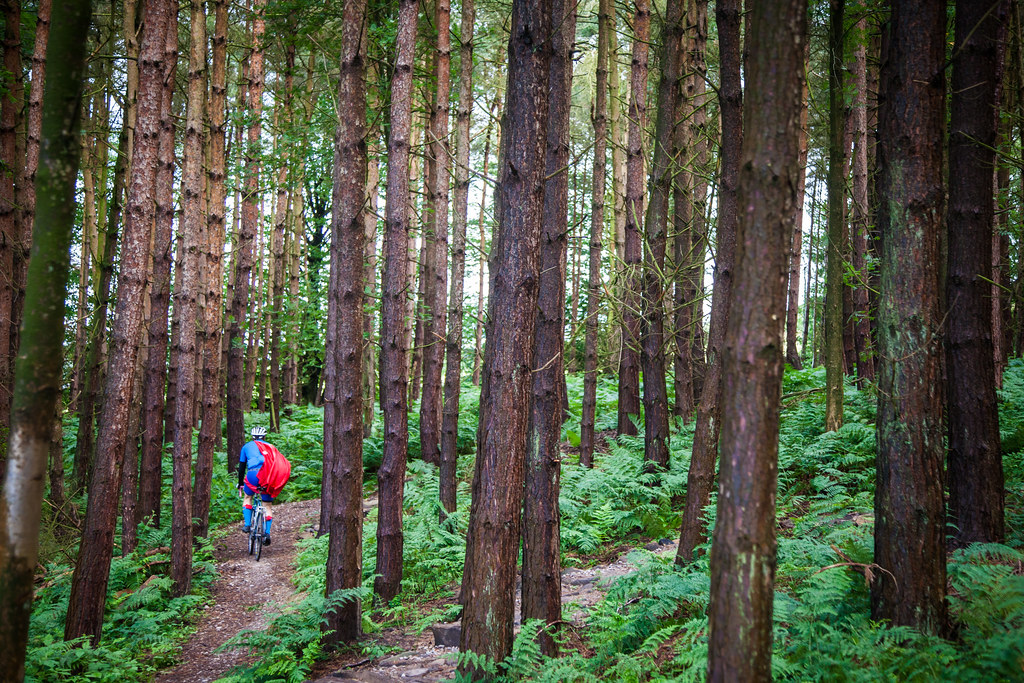 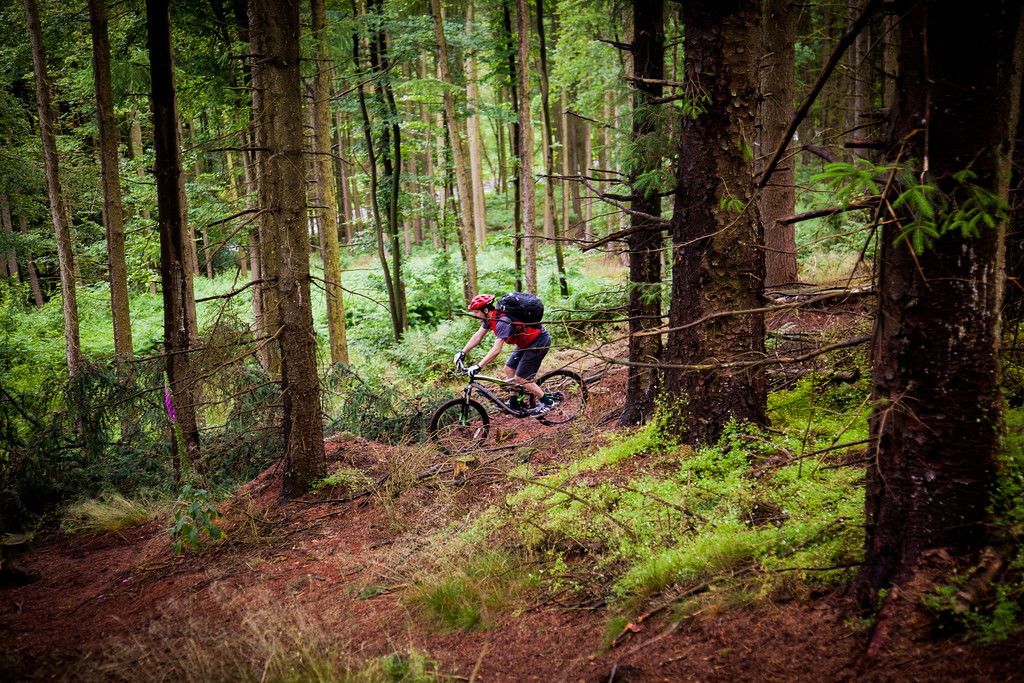 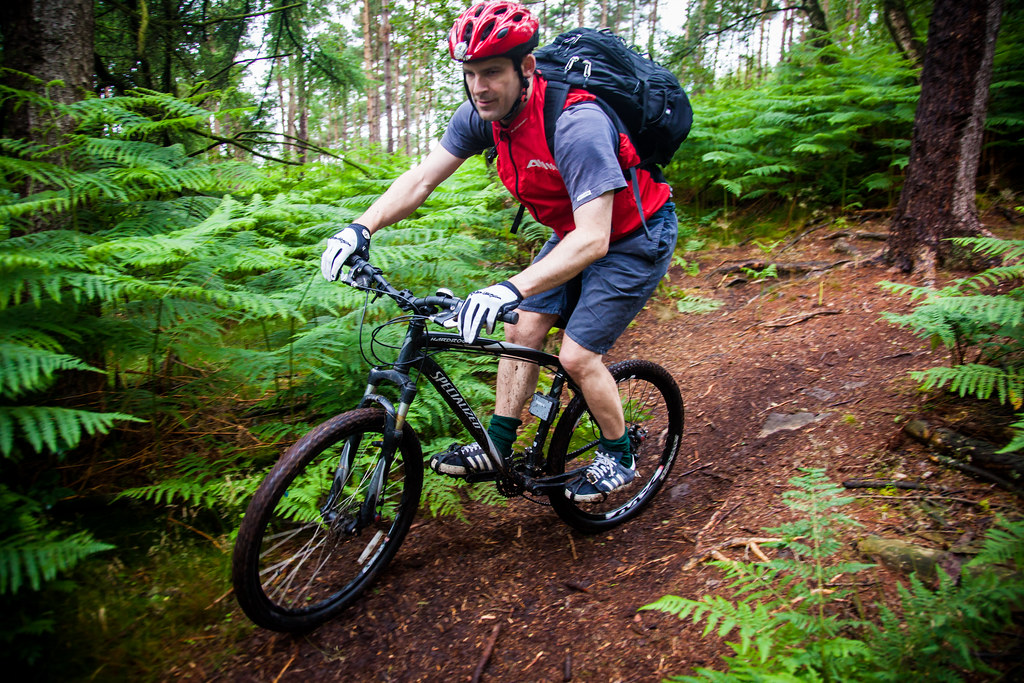 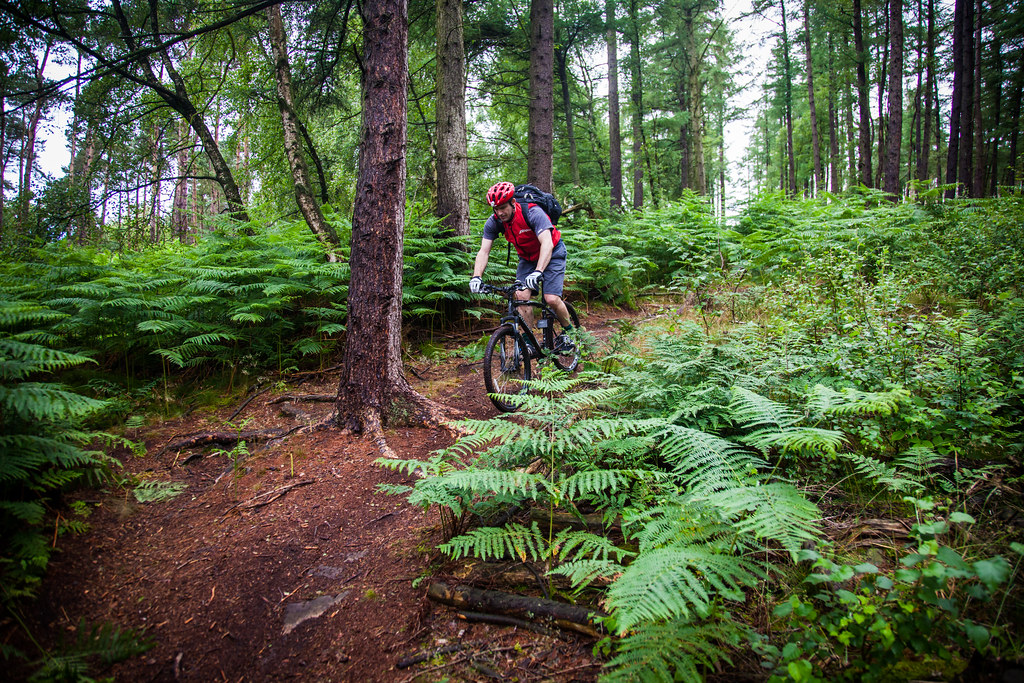 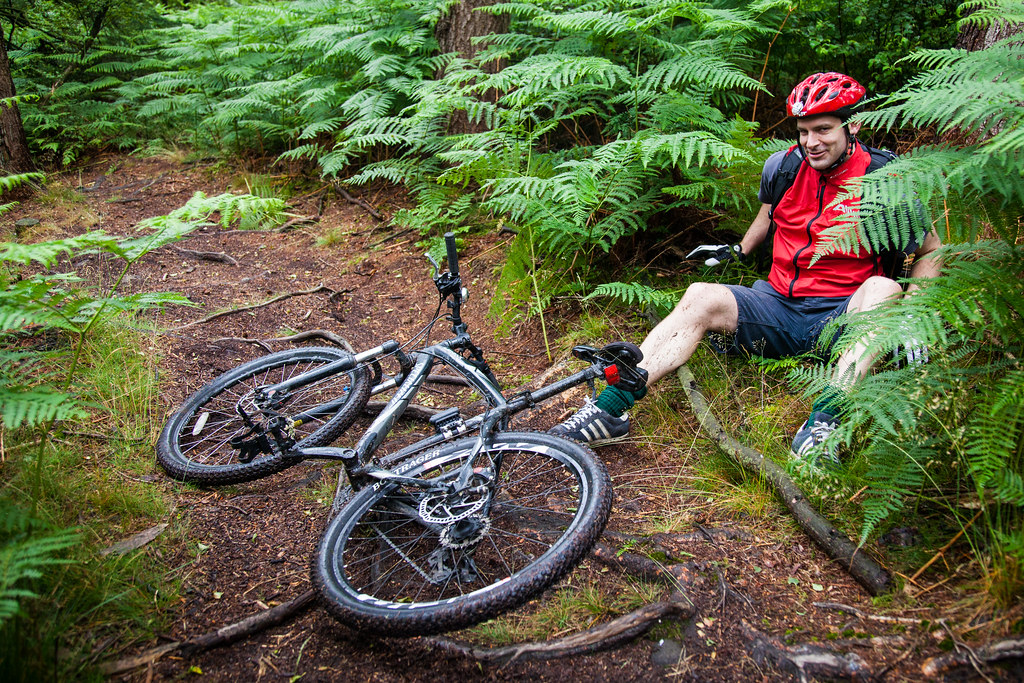 And someone who was wearing a Colombian football shirt until they lost, at which point he dug out a Brazil shirt and donned that instead. 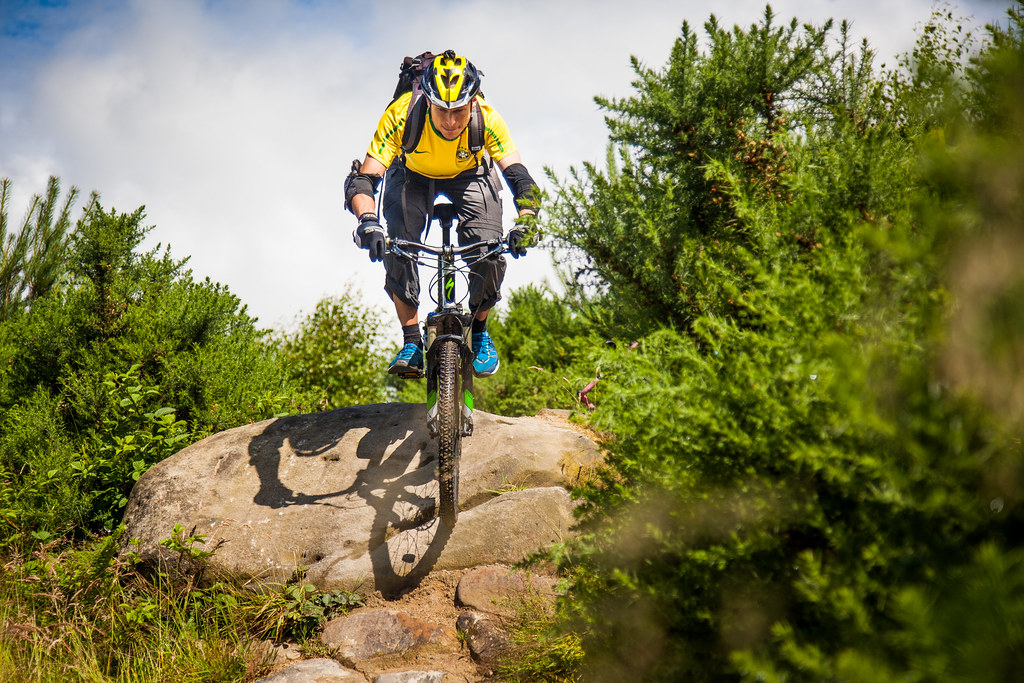 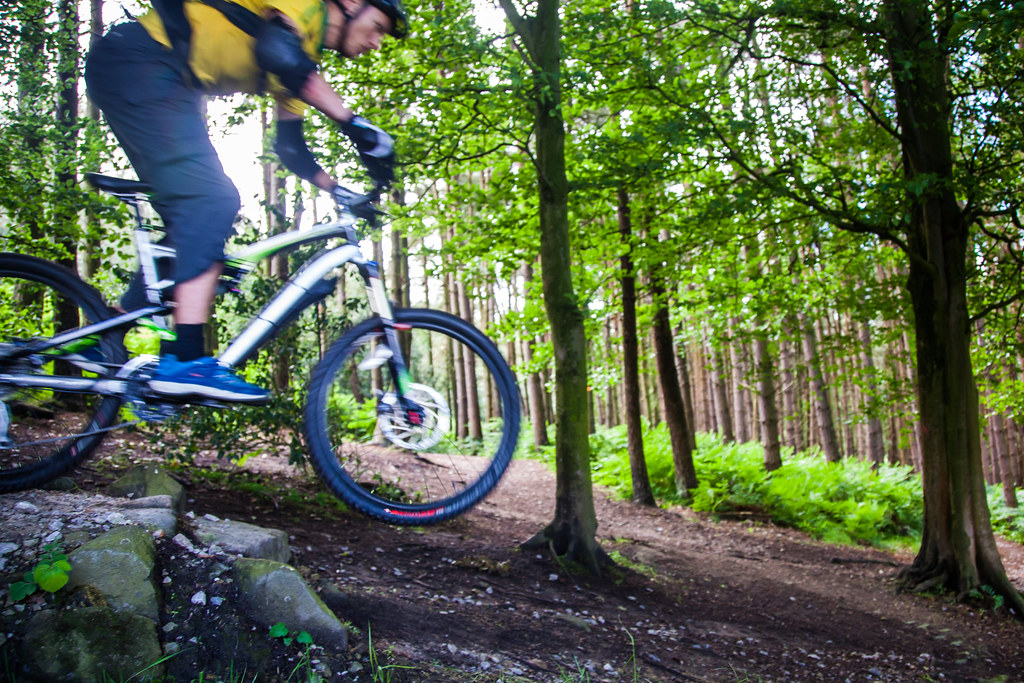 And me. Or “et moi” as they now say in Le Yorkshire. 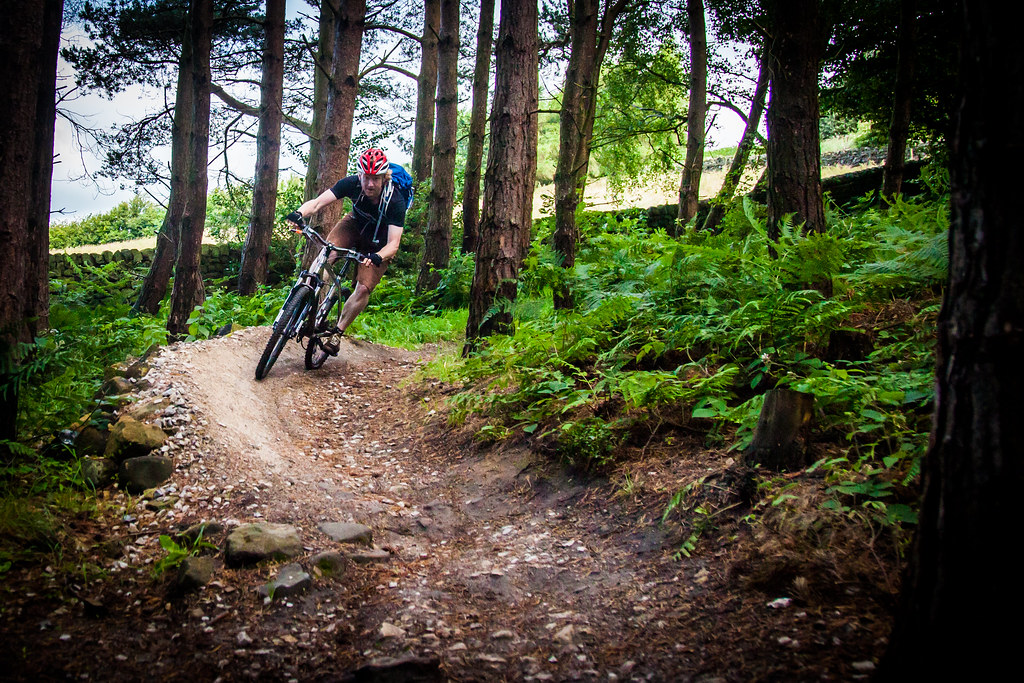 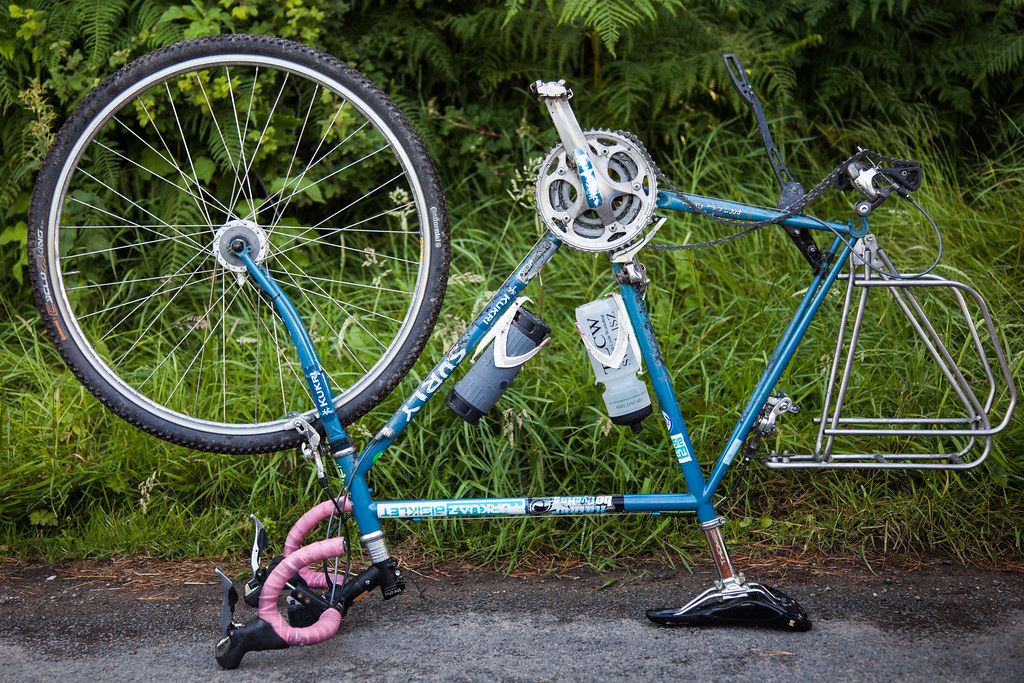 We joined the crowd, ate sausage butties, and waited for the action. 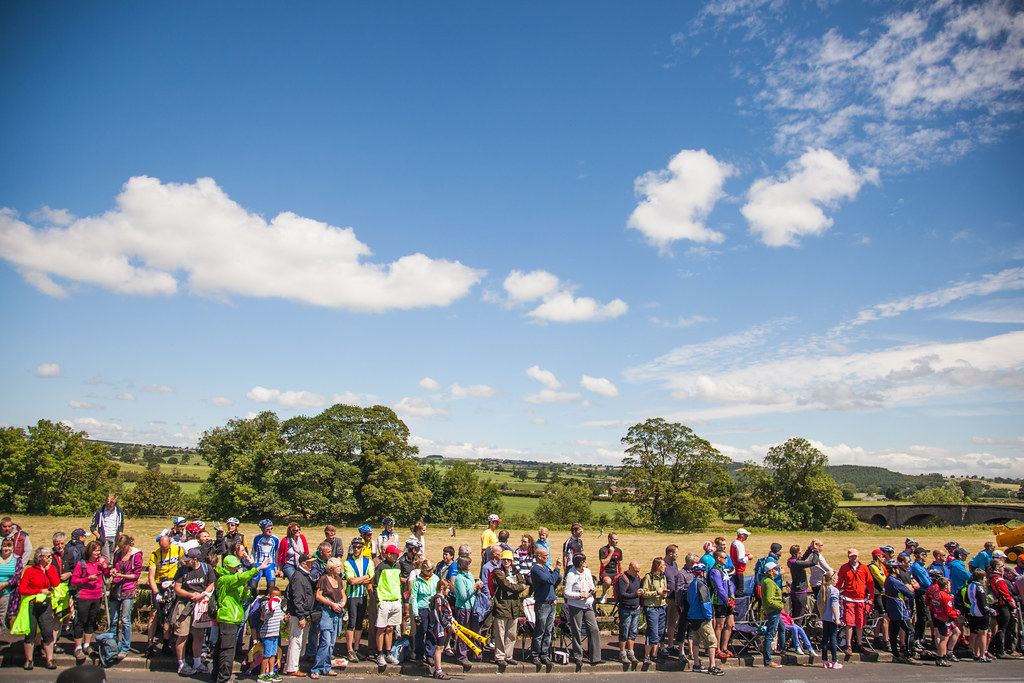 Here’s a picture of the Red Arrows, simply because I like any opportunity to drop in the story about the time I went in a fighter jet… 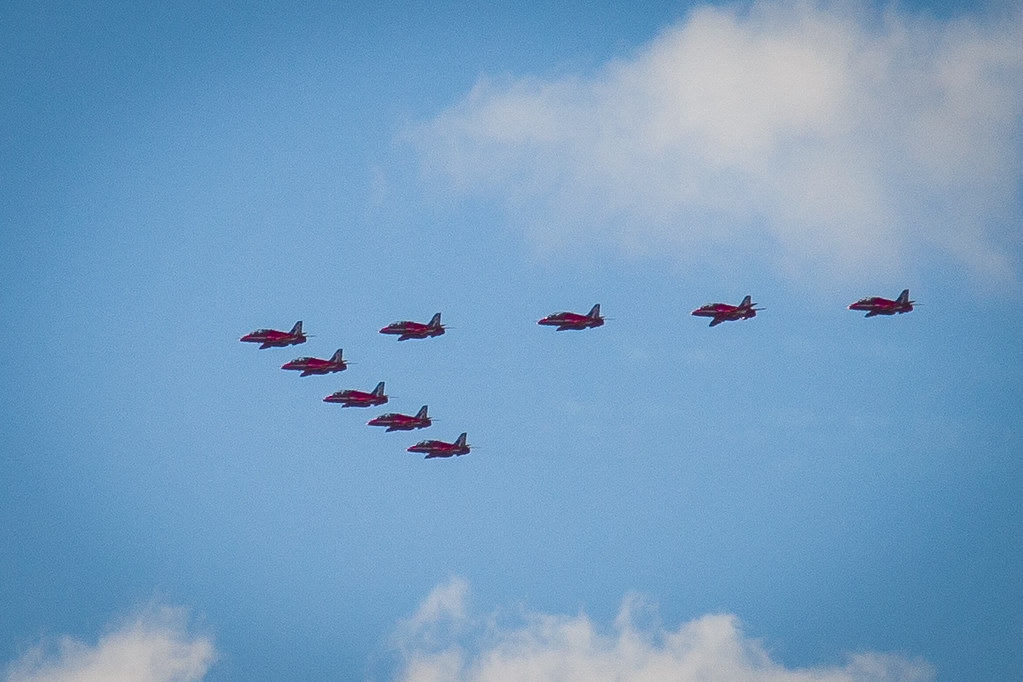 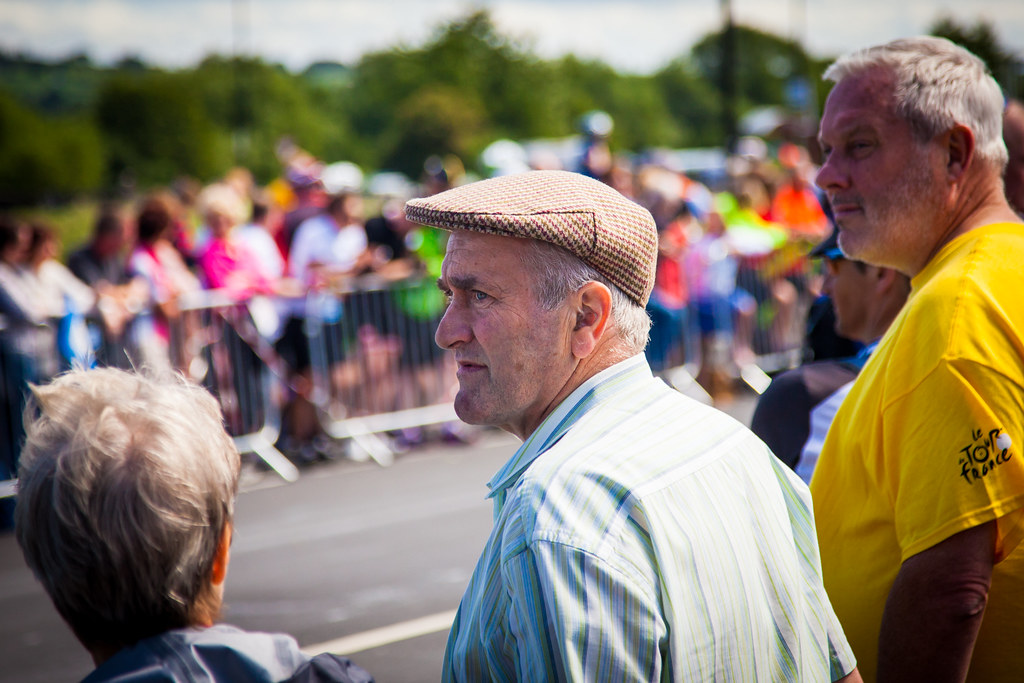 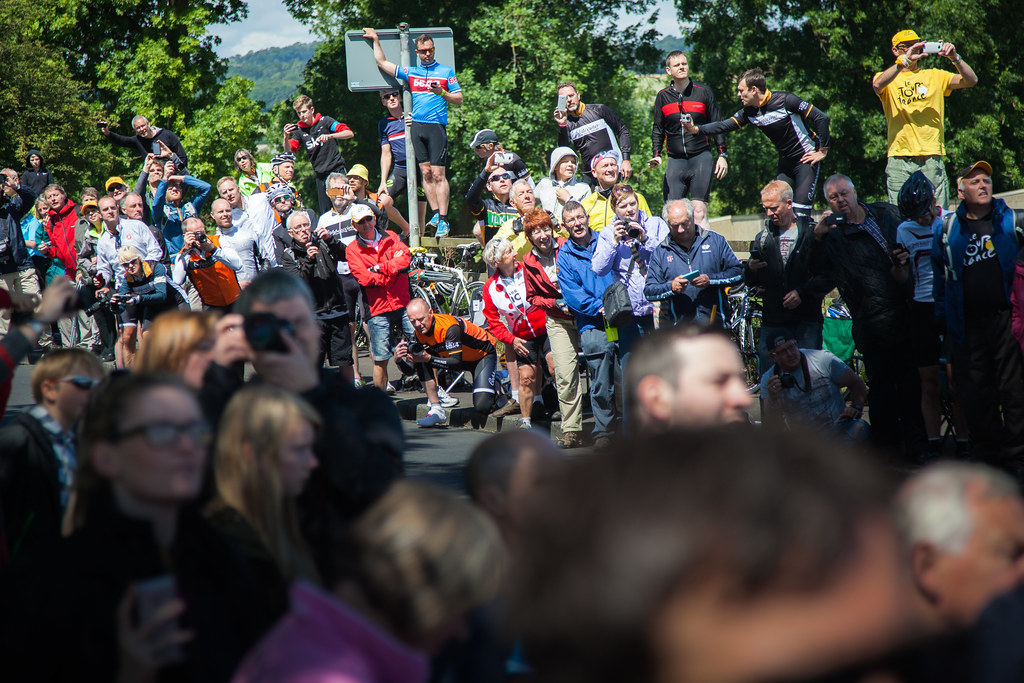 Here’s a photo for anyone who thinks “I’mm too old to be fit, too old to have an adventure.” Leading the Tour de France is Jens Voigt. He is 42 years old. (Voigt is a great character – here are some of his good quips.) 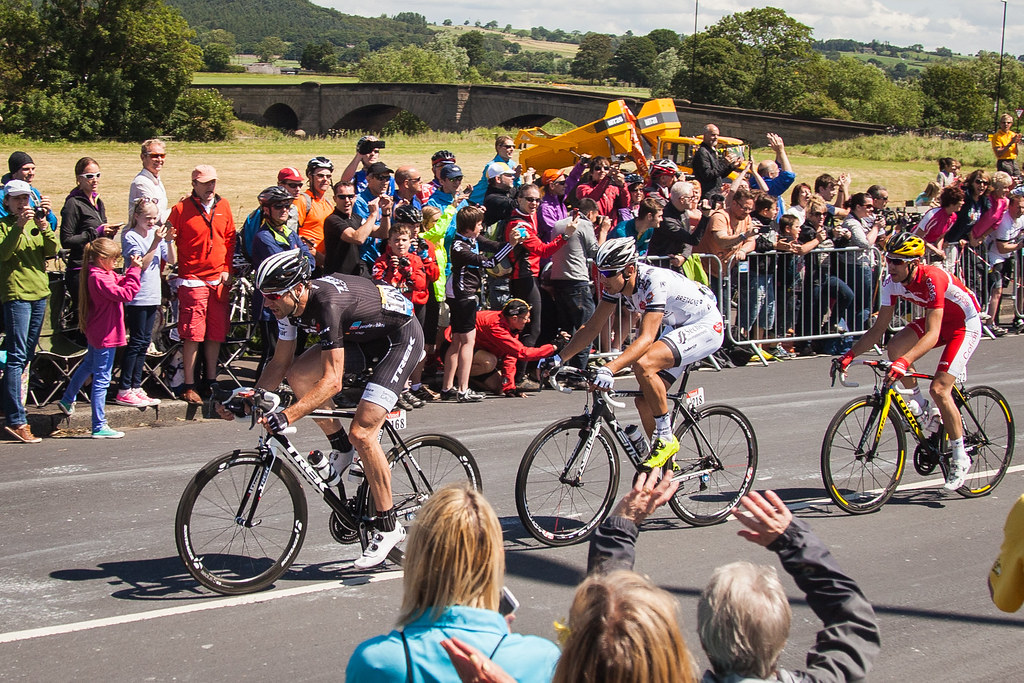 And then the peloton whooshes through, then the race cars, and then it is all over. A lot of hanging around, a not-really-great view, a blur of colour, and that’s it. 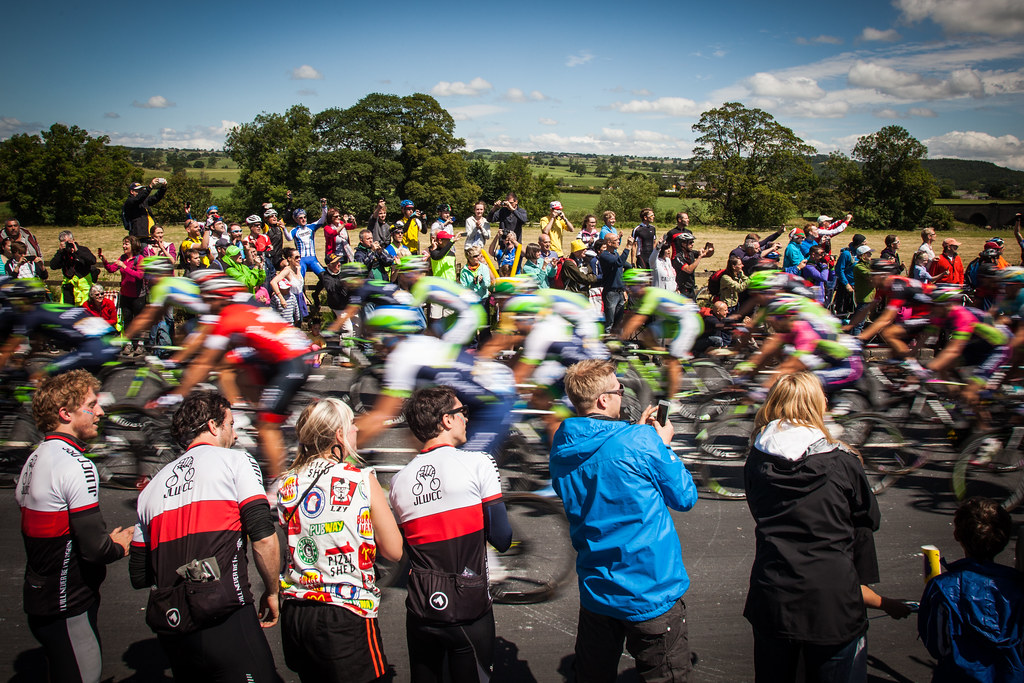 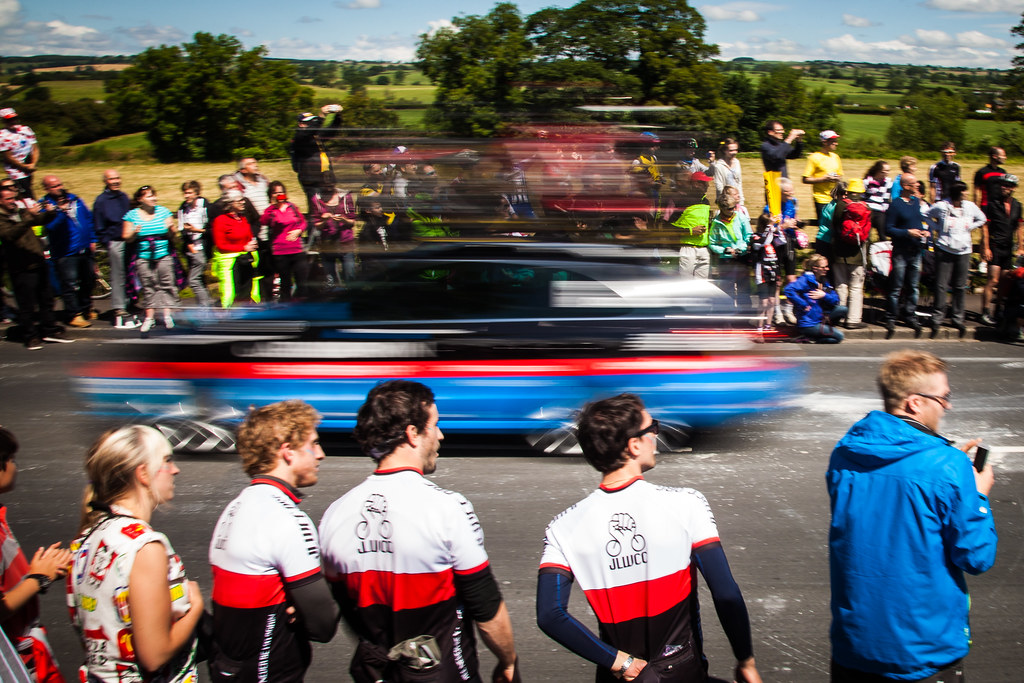 If I’md stayed at home and watched the race on the telly I’md have had a much better view, like this. 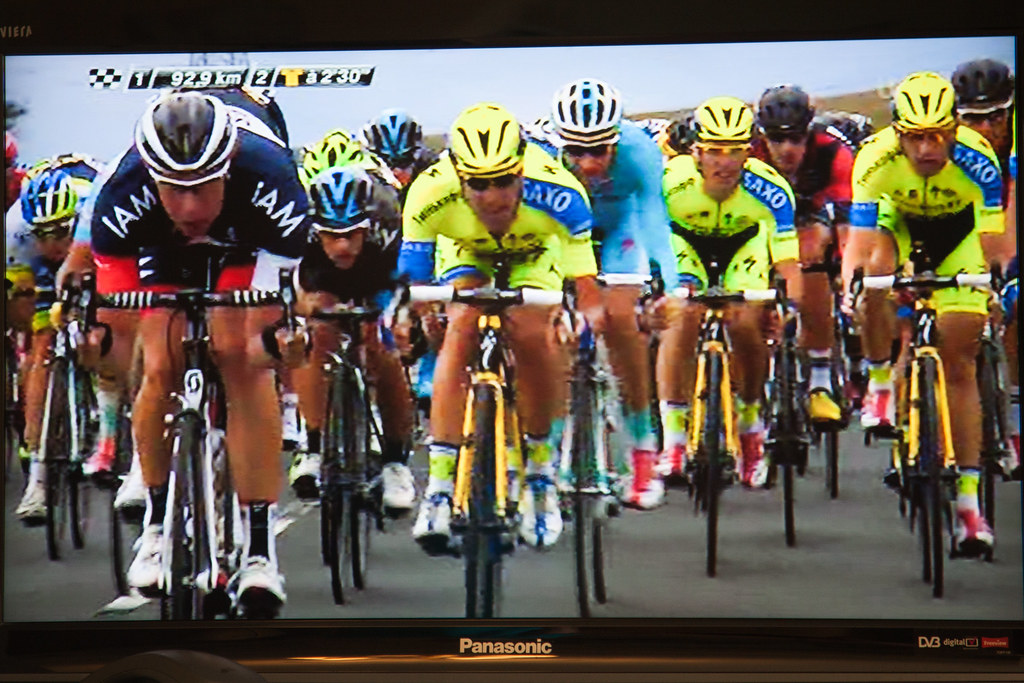 But that wasn’t really the point.
And I wouldn’t have got to experience the glory of the homeward ride and, I dream, a glimpse of the future… 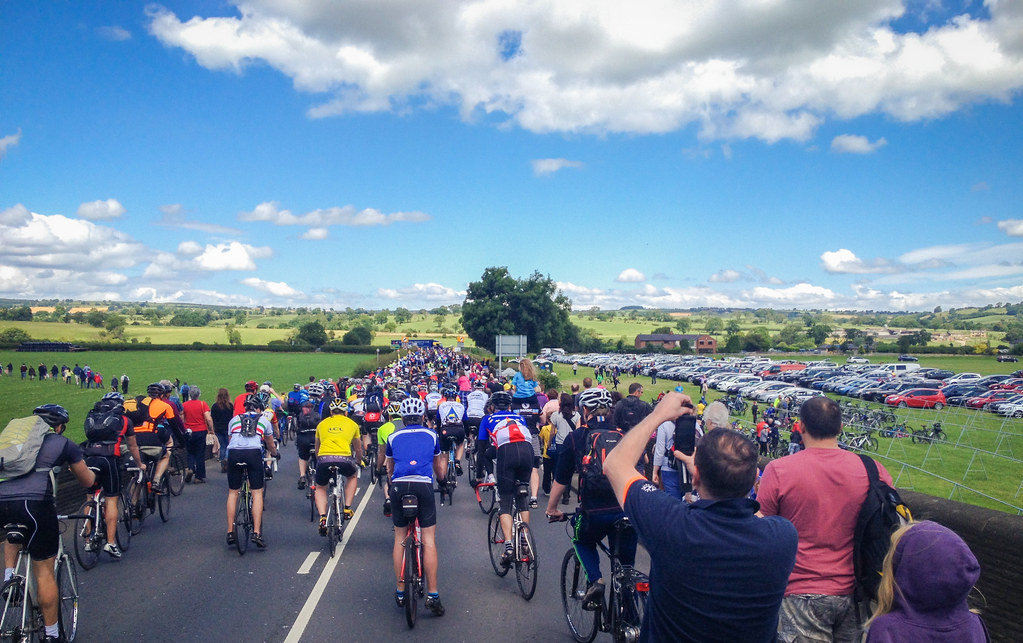