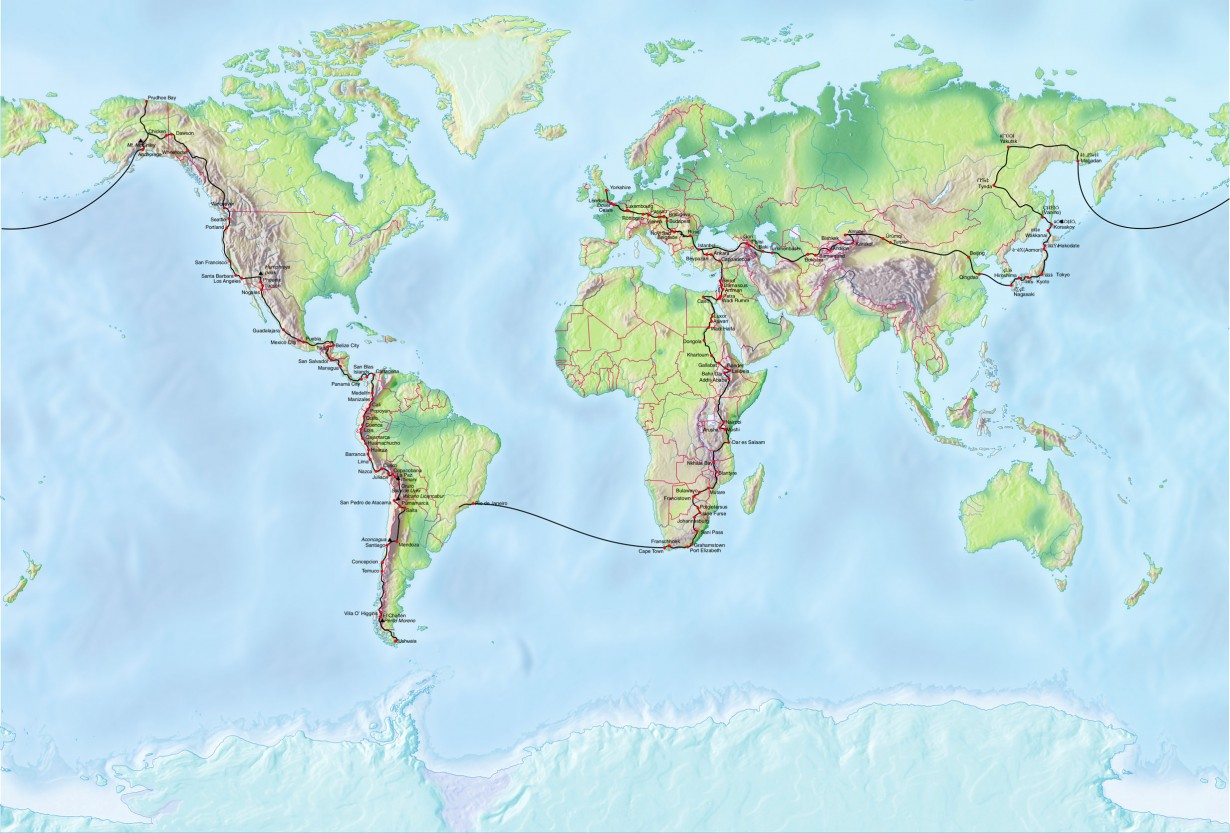 Aged 24, Alastair Humphreys left England to cycle round the world. His journey along the length of the Earth’s three great landmasses (Africa, the Americas, Eurasia) took more than 4 years to complete. He has written six books about the adventure.

Alastair rode from England to South Africa, crossed the Atlantic by yacht and then cycled from Patagonia to Alaska. Crossing the Pacific by freighter, Alastair completed his expedition by cycling back to England from eastern Siberia.

“…out of the ordinary. In today’s world of dashing up Everest in less than a day, sailing round the world in ten weeks, and best-selling books about three month motorbike rides, Alastair’s journey stands out as amazing. It was probably the first great adventure of the new Millennium. Alastair’s journey was an old-fashioned expedition: long, lonely, low-budget and spontaneous. It was a life on the road rather than a whirlwind break from home.”

Away from friends and family for so long, Alastair’s self-funded ride took him from the deserts of Sudan to a Siberian winter, from Albania to Zimbabwe, from the Dead Sea to Andean heights. It was a truly global journey, succeeding through the kindness of strangers -a vast, spontaneous support team- at a time where the interactions of our global community are more confused and troubled than ever. Alastair’s journey also raised funds and awareness for ‘Hope and Homes for Children’.

and, after all that… buy the books!

Get just one email per month with the best bits from the blog and any latest news.

If you have enjoyed this page you might be interested in my books or in subscribing to my blog’s RSS feed.